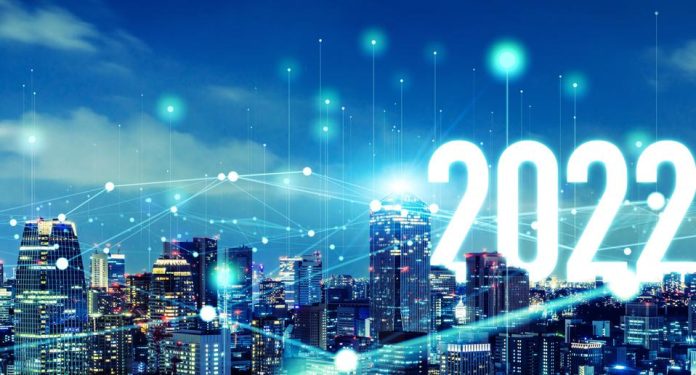 The Tech world has seen an exponential rise in the last decade or so and the innovation does not seem poised to stop in 2022. Rather, things are going into hyper-speed and the already established tech trends are only going to be improved upon.

Few tech trends have the potential to redefine the whole market, while few others are going to play a crucial role in the next wave of the technology revolution.

Let’s have a look at some of those promising tech trends that would create opportunities worth billions of dollars.

Facebook founder Mark Zuckerberg’s venture into virtual reality isn’t anything new. They acquired Occult and VR gaming company a few years back and have been relentlessly working on the augmented reality part for a few good years now.

The Metaverse is a fully engaged augmented reality world that mimics the real world and they are adding more features to it as we speak. You can customize your characters with different NFTs take advantage of a variety of ambient features intended to blur the lines between reality and virtual reality.

Even while it is still being developed, Facebook expects people to use it on a day-to-day basis, with the foresight that people will eventually use it to go to work or school as well as hang out with friends and do the shopping and other activities. It is part of their extended reality program that helps you live a life that you have wanted in the virtual world.

As the DeFi tech movement and cryptocurrency popularity gain momentum they will continue to grow tremendously in 2022. We have seen a lot of early adopters of this system but many countries and financial regulatory bodies have also condemned them.

Countries like China and Russia have completely banned DeFi systems while Australia and Singapore have welcomed them with open arms. With other major players still on the verge of deciding whether to adopt or ban cryptocurrency it will be an interesting year for crypto to say the least.

Third world adoption is at an all-time high and now India has the highest number of crypto holders in the world. Not only that, the number has been increasing steadily and 2022 could become the year of DeFi for such countries.

Since not everyone has access to computers, mobile phones have taken over many day-to-day functions. A phone is as powerful as a desktop these days and can do a majority of things that only a computer used to be able to do.

Phones are even taking over banking solutions to the next level and banks have been making their mobile apps much easier to use than before. Add to that the fierce R&D that they have been doing and in no time you will have access to a Demat account with an app, which you can use for such transactions as CFD trading, as well as updating your info on the bank’s servers.

Access to activities like CFD trading and managing your accounts is a game-changer as now you can do all this from the palm of your hand. People might have underestimated the mobile app market but lately, smartphones are becoming the leading way to get things done.

No country in the world is a self-sustaining economy that does not need raw materials of various kinds. Shipping bridges the gap between the various nations’ needs and surplus as they can trade things with each other. Since a great deal of goods needs to be shipped around the world there had to be an alternate solution.

As of now only 2% of the transport vehicles in the shipping business are zero-emission, but attempts are being made to lower the carbon emission of shipping and lower its impact on the environment.

Coradia iLint, a zero-emission passenger train, has already begun operations and green ammonia is being used as an alternative fuel. This could be the closest we get to a green way of shipping and traveling at the moment.

Robotics powered with AI and ML have grown considerably in the last few years and their pace will not slow down in 2022. The automobile industry has been a testament to such change and now it looks as though the whole landscape could change overnight.

In the automobile industry, Robots and AI took over the assembly lines first, and now there are cars with autopilot capabilities. On top of that Tesla cars can self-diagnose any problems and suggest them to the driver in real-time.

As 2022 progresses these trends will become even more integral in our lives, and keep getting better with time. With this info, you can stay ahead of the curve and know about them before they are widespread phenomena.