Home Brief Is The Worst Over For Paytm? Valuation Tanks Below $12 Billion 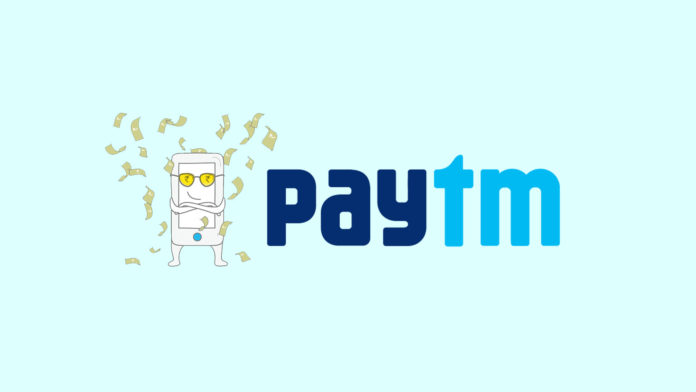 On November 8, when Vijay Shekhar Sharma, CEO – One97 Communications Ltd, the parent of Paytm, claimed that at nearly $20 billion the valuation of Paytm is “rational and fair“, little did he know that worst is about to begin. He also claimed that it could have priced higher based on interest from external investors in the lead up to the IPO, but decided to keep it low.

“We don’t need to hike the price just because everybody is ready to give money. We kept it (valuation of $19.5-$20 billion) rationally and chose to put a lower number in the choice of different valuations we had on the table,” said Vijay Shekhar Sharma.

Within an hour of listing, it became clear that Vijay failed to judge the mood of the market and investor sentiments towards Paytm. By the end of the day Paytm emerged as the biggest loser in IPO listed in a decade.

The market closed with paytm trading at Rs 1,560 on the first day of listing – much less than Rs 2,150 apiece offered during IPO. Paytm valuation tumbled down below $16 billion crushing the hopes of retail investors who were expecting a huge listing gain.

On Monday, the second day of listing, people expected Paytm to bounce back in the stock market but were disappointed to see the free-fall of Paytm to a record low level. Paytm stocks crashed on the second consecutive day of listing to Rs 1,281 by noon. The valuation tanked below $12 billion, resulting in huge losses for institutional investors who participated in payment IPO at a much higher valuation.

Paytm: Worst is Over?

Many investors waited to fall Paytm share below Rs 1,250 as one of the leading global brokerage firms evaluates the stock price of Paytm worth not more than Rs 1,200 apiece. The stock, however, started showing signs of settling down.

The drop of 40% in the stock price of Paytm was, apparently, lucrative enough for retail investors to fall for it. In the last 2 hours of trading on Monday, Paytm stock started recovering and closed at Rs 1,359 apiece.

Many market analysts and fund managers who have been vocal with their criticism of Paytm valuation believe that after the fall of nearly 40% in paytm stock price has brought down the valuation of Paytm to a justifiable level. However, the worst may not be over for Paytm.

“Paytm share prices will remain subdued in the short to medium term as IPO investors will try to exit the stock at every possible rise, and new investors won’t touch it till sentiment changes,” said Piyush Nagda, head- investment product at Prabhudas Lilladher.

On Monday, brokerage firm, Macquarie put out its second report on Paytm and maintained Rs 1,200 as the target price of Paytm stock.

On the other hand, Paytm has started making moves to arrest the fall of its stock price and send positive signals in the market. On Sunday, it notified SEBI that its gross merchandise value grew 131 percent to Rs 83,200 crore ( $11.2 billion) in October on a year-on-year basis.

Market and brokerage firms are not very convinced with Paytm’s numbers.

Commenting on the numbers, Macquarie said “While GMV has grown 112% YoY, it is dominated by UPI (66 per cent in FY21 as per our estimates), where PayTM earns zero-MDR. We see UPI share climbing up to 85% by FY26E. Hence, we do not see the strong reported GMV growth materially affecting our P&L estimates. For the overall industry, UPI (united payments interface) GMV has growth at 117 per cent in Apr-Oct’21 period, with P2P growing at 105% and P2M at 190%. Hence, Paytm’s strong GMV growth mirrors the industry trend for UPI.”

It’s clear that for Paytm worst is not over yet as the stock price may continue to slide down on Tuesday as well resulting in the valuation cut to half in just 3 days.

What’s your view on Paytm stock price after the second day of listing? is the dip good enough to bring the stock price of Paytm to its justified price or do you expect more fall in the price? Let us know your views in the comment section below.