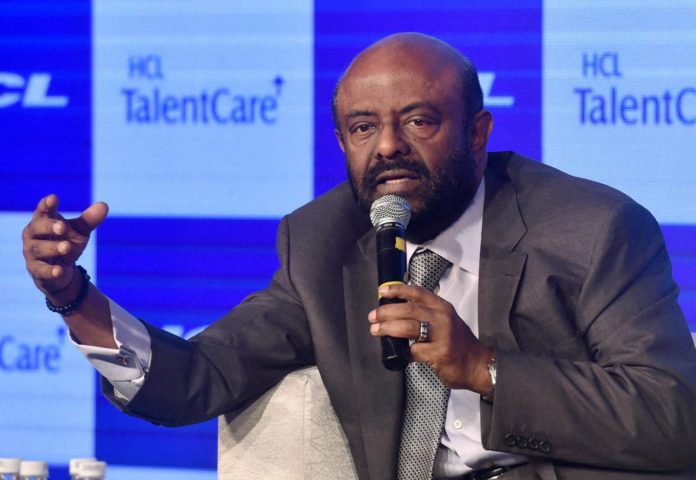 Credited to build India’s first ever indigenous PC, at the same time when US was building its first PC, Shiv Nadar, the Founder and former Chairman of HCL Technologies Ltd (NSE:HCLTECH) and Shiv Nadar Foundation, has pioneered the computer hardware and semiconductor industry in India. Unlike most IT companies, HCL prioritised the Indian Market.

Shiv Nadar (75) topped the Hurun India Philanthropy list 2019 with Rs 826 crore donation to various charitable activities, including healthcare, through his HCL Foundation and Shiv Nadar Foundation. And this makes him among the very few who have donated such large sums towards philanthropy.

From a small rooftop room, better known in North India as ‘Barsati‘, to a truly Indian company with consolidated revenues of $7 billion, Shiv’s passion for building and contributing to the future of India has certainly paid huge dividends. Established on November 12, 1991, by a few friends, HCL has grown today to 49 countries maintained by 168,977 employees as on March 31, 2021. This mammoth task of raising a middle-class, small-town family child to be the 3rd richest man in India and 71st richest person in the world (as of 2021), had not seen him lose his humility and simplicity. And the more you know about the astute leader and visionary, the prouder you become of his achievements.

Here is a glimpse of some of the lesser known facts of his life:

1. In 1968, he worked as an engineer with Delhi Cloth Mills (DCM) where Vinay Bharat Ram (DCM scion) chose him to head the new electronics wing – DCM Data Products.

2. In 1976, Shiv along with his then colleagues at DCM, founded Microcomp to sell digital scientific calculators, to fund their dream to start a microprocessor company, as they felt microprocessors could change the world. All this was at a time when India had a total of 250 computers.

3. Nadar convinced their 26% joint venture partner, UP Electronic Company, with whom they had a and raised a capital of INR 1,87,000 and started HCL (Hindustan Computers Ltd.) in 1976.

4. In late 1980’s, he grew the IT hardware and computer applications company aggressively and, HCL became India’s No. 1 company.

5. In 1981, Shiv invested heavily in NIIT, the leading private IT education company and remained its largest shareholder till around the mid-90’s.

6. He is credited for growing HCL Technologies (IT application, BPO, infrastructure services) and HCL Infosystems (IT hardware products) to a turnover of 100 crore by around 1988 and 1000 crore by around 2000.

8. In the name of his father, Sivasubramaniya Nadar, Shiv founded SSN College of Engineering in Chennai, Tamil Nadu in 1996. And also made it the first ever Institution to get ISO certification. He also materialised the tie-up of the college with Carnegie Mellon University, to give its students, International exposure.

9. In 2005, he was bestowed with CNBC Business Excellence Award.

10. He also received an Honorary Fellowship of All India Management Association (AIMA), in 2006.

11. In 2007, Madras University awarded him an honorary doctorate (D Sc) for his contributions in promoting software technology.

12. Nadar was also recognised as Ernst & Young Entrepreneur of the Year Award in 2007 in the ‘Services’ category.

13. Shiv gave India its first branded personal computer in the seventies and was honoured with Padma Bhushan, the third highest civilian award, by the Government for his contribution to IT industry, in 2008.

14. In March 2008, free scholarship for 200 students from 50 districts of Uttar Pradesh was announced to be provided by setting up of two Vidyagyan schools for rural students by Nadar’s SSN Trust.

15. In 2009 he was counted among Forbes 48 Heroes of Philanthropy in Asia-Pacific.

17. In the same year, he was also chosen as the Businessman of the Year 2010 by NewsX for his philanthropic foresight.

18. He joined the Executive Board of ISB, Hyderabad in 2005 and as the chairman of the Board of Governors of IIT, Kharagpur in 2011.

19. He dedicated 10% of his net wealth (about $400 Million) to philanthropic endeavours, such as opening free schools and universities, for which Forbes featured him in its list of 48 Heroes of Philanthropy in the Asia Pacific region in 2011. His mother’s giving nature; he grew up seeing, was what evoked his interest and initiatives in philanthropy.

Convinced that the great entrepreneurial mind also houses a generous and passionate conviction to give towards the overall growth of his country, India. We wish Magus (old Persian for wizards), as his friends call him, has a life ahead that would inspire many more entrepreneurs to be as socially concerned and contribute generously towards the growth of the less fortunate.

The post is a part of a B’day Series where we celebrate the birthday of renowned personalities from Tech Industry, very often. The series includes Entrepreneurs, C-level Executives, innovators or a renewed leaders who moved the industry with his exponential skill set and vision. The intent is to highlight the person’s achievements and touch base the little known, but interesting, part of his life. You can see the list of all earlier celebrated tech personalities, including Mark Zuckerberg, Marissa Mayor, Sean Parker, Andy Rubin, Julian Assange, by following this link or subscribe to your daily newsletter.

To make it more exciting, we suggest you make use of the comment section if you are the ones celebrating their birthday with today’s featured personality.