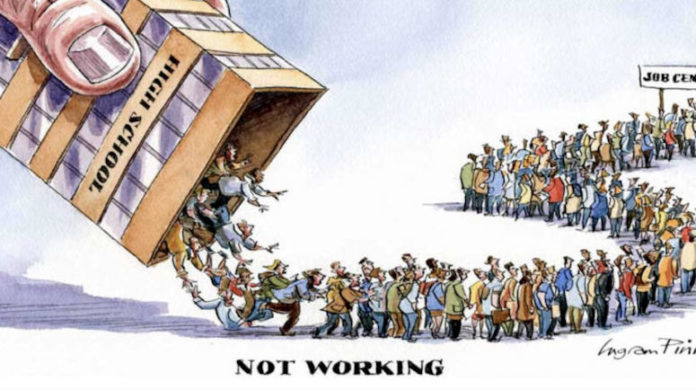 As the country is slowly, but steadily, recovering from the second wave of deadly Covid-19, businesses are resuming their operation faster than expected earlier. It has a direct impact on the unemployment rate in India, which is down to 9.17% in June 2021.

The latest data from the Centre for Monitoring India Economy (CMIE) paints an optimistic picture for all the job seekers who lost their jobs during Covid-19. Economists expect that India will be back to the pre-covid level by March 2022 as the nationwide lockdown due to Covid-19 didn’t affect the economy as bad as the last year. In May 2020, the unemployment rate in India peaked at 27.11% – highest in the recent years.

The improving businesses scenario in Asia is one of the major reason behind the falling unemployment in India.

While experts and the government seem optimistic about the fast recovery, there are justified concerns about the slow vaccination that could turn the table once again. S&P Global has slashed growth forecasts for some top Asian economies including India due to a slower than expected vaccines rollout. This puts India at a greater threat of facing another wave of the pandemic.

It leads us to think whether all the current measures and efforts are enough to achieve a satisfactory level of herd immunity in the next twelve months? The rate of unemployment in India is quite concerning, and despite a marginal decline in June unemployment rate in India will start increasing if adequate measures are not taken immediately.

WhatsApp Support for iPhone: No more for these iPhone models from...