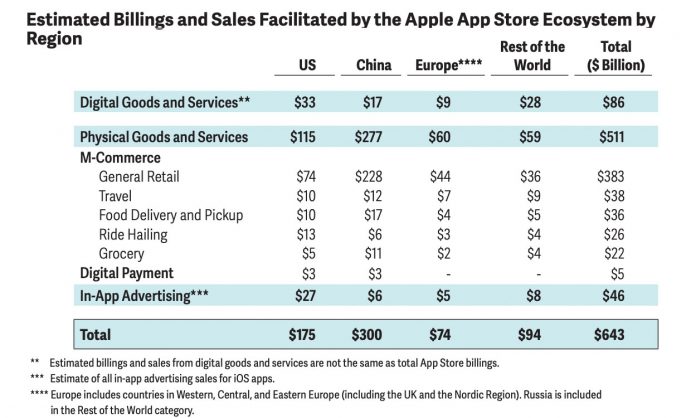 The latest Apple App Store sales and billing figures once again proved that China is the most important market for Apple and why despite the ongoing US-China trade war Apple can not afford to let go of it.

According to the independent study from Analysis Group, Apple facilitated $643 billion in sales and billings in 2020, an increase of 24% as compared to $519 billion in 2019.

Covid19 played an important role in Apple’s App Store emerging more powerful ecosystem among developers with increasing sales figures. As people stayed indoors in 2020, their shopping and usage habits and dependency on smartphones increased significantly. This shift led to an increased usage of apps for various purposes and resulted in highest ever sales facilitation from App Store.

Another interesting observation from the data is Apple’s dependency on China. Despite the US being its homegrown market, the contribution of China to Apple’s iPhone sales is no secret. China accounts for a lion’s share of quarterly sales of iPhone – the highest-grossing product from Apple. And, the impact of that is quite visible on the sales and billings figure facilitated by App Store in 2020. China accounted for 47% of total sales and billings, followed by the US and Europe with 27% and 12% respectively.

Despite the straining tied with China, Apple has managed to keep the impact minimal. In mid 2019, the US added Huawei, China’s largest tech giant, to the list of blacklisted companies and barred many US-based tech majors, including Google, from dealing with it. Soon enough rumours mills claimed that China may ban Apple to give the US a fitting reply. The reason for Apple leaving no stone unturned to avoid any sanction against it in China is quite evident from the above figures.

The report also dig deeper into the App Store sals and billings figures to understand iOS users behaviour during the lockdown.

The Physical Goods and Services category emerged as the biggest beneficiary from Apple App Store in 2020. A whopping $511 billion worth of sales and billings was recorded under this category. This is 24% higher than the last year, although it remained below expectations due to the pandemic that impacted the whole world. Two of the most impacted sub-categories that did the maximum damage was Travel and Ride Hailing which recorded 34% decrease in sales and billings during the last year.

The billing for In-App Advertising on Apple App Store went up by 4%, amounting to $46 billion in 2020. Once again, the US region played a key role in the growth figure as it accounted for more than half of it.

The Apple App Store facilitate transactions between app developers and users, encouraging app developers to stay focused on more innovative features and apps. As Apple iPhone and iPad users are known to have deep pockets, developers of freemium and premium apps tend to focus more on App Store than Android. This is clearly visible from the global app stores spendings, which is led by Apple securing 65% share in 2020.

However, in 2021, Apple is facing severe criticism from internet giants like Facebook, which are mostly dependent on ad revenue, for introducing AppTracking Transparency feature which crippled the wings of all companies that are into the targeted advertising business. 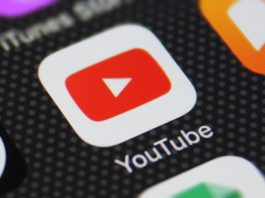