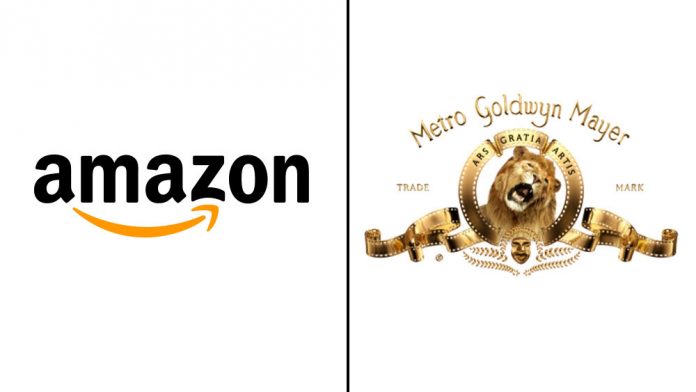 Facebook
Twitter
Linkedin
Pinterest
WhatsApp
Email
[UPDATED]: Amazon acquires MGM for a purchase price of $8.45 billion. This acquisition could have a far-reaching impact on the global OTT market.

If you are a fan of classics such as Rocky, James Bond, Vikings, Handmaid’s Tales, Robocop and more, then you might soon be able to binge-watch them on Amazon Prime Video!

According to the latest news, Amazon might soon own the film giant MGM’s vast catalogue of movies that date back to decades ago!

The US based e-commerce giant has reportedly offered a whopping $9 billion for the company. Earlier, it was reported that the range would be somewhere around $7-$10 billion for the potential deal in the making and now it has been revealed that MGM was also hoping to get $9 billion as offered by Amazon.

MGM has been up for sale since December 2020. And now that AT&AT has recently decided to club their WarnerMedia assets with Discovery to create a new player in the streaming space, it wouldn’t be too surprising if Amazon and MGM make the deal!

MGM’s asset library consists of 4,000 films and 17,000 hours worth of television shows. And as one must already have guessed, MGM’s James Bond films is one of the most valuable franchises ever made, a list which however fails to compete with that of Disney’s umbrella and the Marvel Cinematic Universe.

If the Amazon MGM acquisition deal goes through, Amazon will be able to effectively position itself to rival the other bigwigs in the space such as Netflix, Disney+ and HBO Max. Until now, despite lacking in the content available for Prime video subscribers, Amazon managed to keep adding subscribers to its Prime subscription by offering bundled pricing which included faster and free shipping of products as well.

But, going forward, it can be seen how Amazon is all set to beef up its content library in Prime Videos and planning to throttle its competition.

Also, the probable materialisation of the deal comes at a time when streaming users are desperately waiting to watch new titles, a promise which the likes of Netflix and Disney+ couldn’t deliver because of the pandemic which led to the production of new shows and movies being paused.

When armed with the humongous content library of MGM in the near future, Amazon Prime Video surely will be able to keep its users hooked for much longer while they whip up some more of their popular Amazon Originals such as The Boys, Hunters, The Grand Tour, Lore, Mad Dogs and more.

But nonetheless, the status of Amazon’s discussions with the film giant MGM is not entirely clear and thus it might just result in a no-deal.

Whatever may be the situation, Amazon’s acquisition of MGM could change the equations of the global OTT market and give the leading players a run for their money considering prime subscription is tightly clubbed with prime delivery. With 200 million Prime subscribers Amazon is not far behind Netflix which reportedly has 207 million paid streaming subscribers worldwide.

Are you excited about the possible arrival of your favourite movies from MGM’s catalogue on Prime Video? Let us know in the comments down below. We will keep you updated on all future developments. Until then, stay tuned.