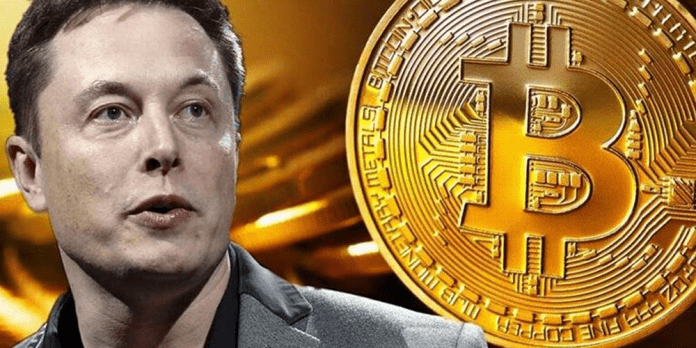 Tesla CEO Elon Musk recently turned his back on Bitcoin, and all hell broke loose!

Last week, after disabling the option to purchase Tesla cars via Bitcoin by citing environmental concerns, Musk spent his weekend replying to people on Twitter who questioned his sudden U-turn on the cryptocurrencies.

Besides environmental concerns, the 49-year-old billionaire now says that bitcoin is not exactly as ‘decentralized as people believe it to be‘. But that’s not all.

On Sunday evening, the Tesla chief also agreed with a tweet that seemed to suggest that Tesla would sell off its Bitcoin holdings within the next quarter but later clarified that it hasn’t yet done it so far.

Furthermore, he added that the BTC has rate dropped 35% post a single coal mine in Xinjiang being flooded and then went on to question: sound ‘decentralized’ to you?

Now, that being said, even though Musk has hinted that he wants to pull out his bitcoin endorsement, he is not jumping ship when it comes to cryptocurrencies at large.

Last week, he mentioned that Tesla would consider other cryptocurrencies for payment methods, given they use less than 1% of bitcoin’s energy per transaction.

Thus, many are now speculating that Musk’s Twitter dialogue hints that Dogecoin might be the frontrunner to replace Bitcoin. He mentioned how Doge speeds ideally block time 10X, increase block size 10X and drops fees 100X, two factors which are needed for a crypto coin to become the currency of Earth.

But then, what about the $1.5 billion worth of bitcoin Tesla holds as of now? Well, Elon Musk’s weekend Twitter session seemed to have an answer for that as well.

Late Sunday evening, the Tesla Chief seemed to agree with a Twitter post that declared bitcoin enthusiasts/investors would be extremely disappointed in the next quarter when they find out Tesla has dumped their Bitcoin holdings.

Musk replied with ‘Indeed’ to the tweet. However, later on, he clarified that Tesla has so far not sold any of its current holdings in Bitcoin.

After Musk’s initial tweet about pulling out of bitcoin due to its impact on the environment, bitcoin went down by close to 20% right after.

Because of the speculative nature of the cryptocurrency, the value of bitcoin and trading conditions are already extremely volatile, and on top of that, Musk’s wild U-turn was no help. Currently, even though Musk is favouring Dogecoin while turning his back on Bitcoin, the prices of both Dogecoin and bitcoin have fallen over the last few days.

Bitcoin price has fallen down below the $45,000 mark, which is nearly $20,000 less than its all-time high. Thus, if there is anything one should take away from Elon’s recent tweets, it is that Bitcoin’s value will crash well beyond the deepest depths of the Earth if Tesla decides to sell off its bitcoin holdings.

Given Elon’s unpredictable nature it’s hard to predict how exactly will he reacts in the days to come. Whatever be the situation we will keep you updated on all future developments. Until then, stay tuned.