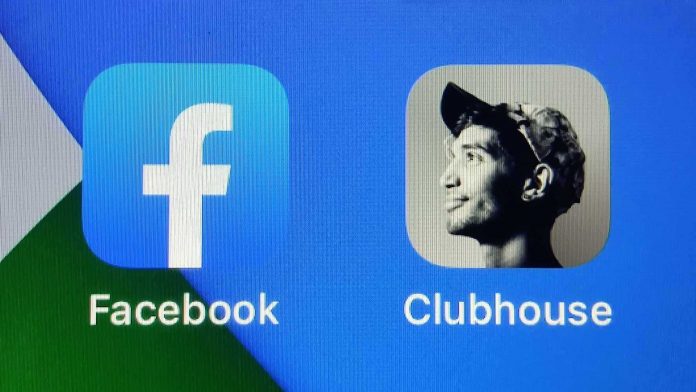 Alas, for Clubhouse, the attack of the clones is going to see two new bigwigs weigh in with their respective versions.

Audio-based social networking platform Clubhouse, which has become a flavour unto itself, has seen its growth pick up pace over the last few months. And paying their respective professional compliments to Paul Davison and Rohan Seth’s creation, social media apps Facebook and Telegram are the latest in queue to launch their respective versions of the app.

Some sharp spotting by online app geeks and news hawks have revealed both heavyweights’ strategy to present their Clubhouse like clones to the public.

Starting off with Facebook, popular app researcher Alessandro Paluzzi has now revealed the mock-ups of Facebook’s efforts of working on a similar solution. All but confirmed to launch, the product is still set to be in relatively early stages of development. Not too long ago, Paluzzi had also broken the news of Instagram adding Live Rooms to their feature list, sharing screenshots of the same.

Glancing at the shared samples, it seems that the upcoming feature will let users create audio rooms with fellow Facebook users. Invitations could be sent out for listeners by sharing the room link, sending via Messenger, writing a post about it on Facebook, or simply sharing it onto a group.

For Facebook, taking the “exploring more interactive tools such as offering moderator controls and audio features that will be available in the coming months” route is an old-school topic. Staunch followers of the clone and conquer bandwagon, Facebook’s activities to spawn replica features onto its products are well documented.

Another vogue messaging app, Telegram is the latest to throw its hat in the clone Clubhouse frenzy. Telegram’s reported workings on a Clubhouse alternative have now been shared by android news blog TestingCatalog, who recently spotted the new feature shared some juicy screenshots. Incorporating the knockoff feature with its latest beta v 7.6 update, it has started rolling out to users.

Telegram users would be able to choose if they want to host a chat from their voice chat or their channel profile. Under the update, users will see a Voice Chat animation icon next to the channel in the list, similar to the working for group voice chats. Post joining, they will be able to “Raise a hand” to request permission to speak.

Once the chat is started, it appears in a breezy overlay, allowing the user to continue using the app unfettered. The feature also lets you record your voice and share it in the channel as an audio file. This option can be checked out in the voice chat menu.

Telegram’s new update has also added a new chat list swipe gesture setting, which allows users to change the behaviour when you swipe left and right on your list of chats.

From the brief snapshot of Telegram’s beat update, it is clear to have moved the app even closer to Clubhouse by having voice chats available for channels.

With the immediacy and emotion of the human voice as a conveyor, Clubhouse is a great example of how social media services can tap into the creativity, intimacy, and authenticity that only audio can deliver.

It should come as no surprise then that according to Crunchbase, Clubhouse has successfully raised $110 million so far at a whopping $1 billion valuation as of now. The company boasts of investors that include capital venture firm Andreessen Horowitz along with 180 others.

Its raving popularity has been such that at a recent internal meeting, Davison and Seth claimed that Clubhouse has already achieved two million weekly active users! Small wonder that the clones have spawned thick and fast around the globe.

Reports are abound that TikTok owner ByteDance is also looking to put out a Clubhouse-like app for China. From the Chinese shore, new offerings may also potentially include Xiaomi Corp refurbishing its Mi Talk app into an invitation-only audio service aimed to rope in targeted professionals.

Twitter Spaces, Live Rooms are some offerings that have already sought to capitalize on their user bases by taking a bite from the Clubhouse app. American billionaire Mark Cuban’s interactive podcast app could be another one to join the list of Clubhouse-inspired doubles soon.

The sheer exclusivity, media buzz, engagement from the who’s who of the world including Tesla founder Elon Musk and high-profile stars including the likes of BTS, Jared Leto, Drake and many other celebrities has all helped pique interest in the app.

As it stands, Clubhouse captor of more than 600, 000 registered users by the end of 2020, is planning to bring its service to Android users soon too.

With the wildfire that the audio centric app has proven to be, you can never count out other imitators in the future. For all of them however, they are set to ride the audio wave to the fullest!