Home Brief OYO Going Back To Its Roots: Offloads Co-Living And Co-working Properties! 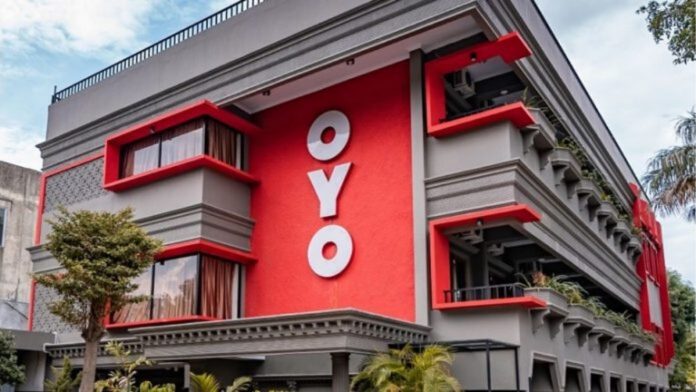 The Indian homegrown hospitality startup unicorn OYO Hotels & Homes has recently decided to cut off its underperforming assets in a bid to improve profitability.

According to multiple people familiar with the developments, the Ritesh Agarwal-headed company has let go of several co-working spaces and a few of its co-living and rental housing aka OYO Life properties to focus on its core business, i.e. hotels.

OYO has surrendered two Hyderabad-based co-working spaces sprawling across 65,000 square feet besides others located in Bangalore, Gurugram and Mumbai. Also, in the previous 2-3 quarters, the Softbank-Group backed hospitality chain has permanently shut down over 4,000 bed across several locations listed under OYO Life and converted or rebranded close to 1,700 beds under OYO Rooms.

According to Ankit Gupta, CEO, Frontier, OYO India and South Asia, this move has been undertaken to optimise the company’s supply network as the exited properties were not yielding any profits or have been significantly impacted by the change in consumer demand.

However, Gupta claimed that the numbers cited by the sources for its OYO Life properties were inaccurate and denied that some of their co-living assets have been converted under OYO Rooms.

But, when it comes to the co-working space, the OYO India and South Asia CEO confirmed that they have indeed exited some properties as they were adversely affected by the COVID-19 pandemic, which made the segment unsustainable for expansion and further growth altogether.

Under the condition of anonymity, a senior executive at OYO mentioned that the hospitality chain is now increasingly focusing on profitability by identifying more properties after shutting down the loss-making assets.

Gupta mentioned that OYO has put in motion a strategic plan to optimise its supply partnerships for its hotel segment and other businesses as well and repeatedly stressed that it is more of an ‘optimisation exercise’ than one which is simply about cutting back or shutting down properties.

Because of the sudden onset of the COVID-19 pandemic, which led to forcing the entire hospitality industry to stand still, OYO went back to the drawing board and reevaluated its offerings based on several parameters such as scalability, quality, cost and profitability. According to Gupta, only then did the company decide to exit certain properties wherein it no longer saw an opportunity to create value for its partners.

It’s important to take a note here that the homegrown hospitality chain, besides cutting off its underperforming properties, has also laid off many of its employees, all under the pretext of ‘optimising’.

According to a recently surfaced media report, OYO Hotels & Homes has offloaded close to 150 employees between November and January. And now, these former OYO employees are on the payroll of the consulting giant KPMG.

All in all, it is well understood that recovering from the pandemic has forced OYO to play hardball and go back to its roots to focus on strengthening its core business of hotels. It now remains to be seen how the hospitality chain further expands into the ‘new normal’ landscape. We will keep you updated on all future developments. Until then, stay tuned.