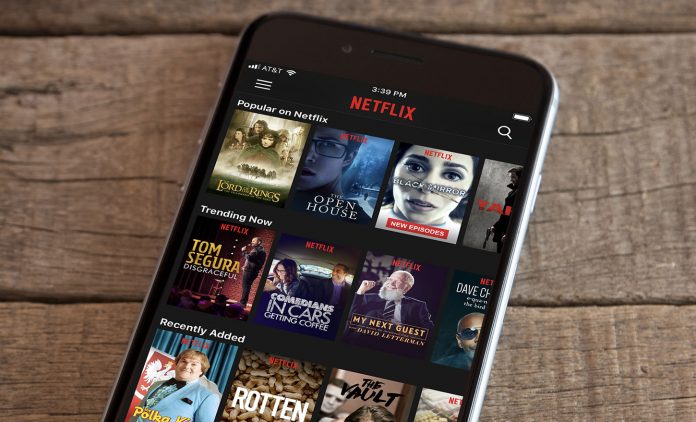 After what seems to be months of deliberation and biding their time to launch their next “experiment”, Netflix’s plans look to have borne fruit. With the ‘StreamFest’ hosted this past weekend (December 5 and 6, 2020), the California based company surely looks to have hit jackpot for app installs.

Ever since it made landfall in India in 2016, Netflix has been trying to gauge the pulse of the users in a land where the local OTT players have reigned supreme. Statistically, even if it goes to show that Netflix has charted an impressive 111.7% YoY growth in 2020, it still only managed to add on a measly 14 million users in a year dominated by lockdown and people mostly opting to stay inside the comforts of their homes.

Be that as it may, Netflix has shown itself to be in pursuit of striving to achieve the numero uno spot in the promising desi land. Ever since the Q3 figures were released, rumour mill was abound with theories that Netflix is in plans to launch something exciting in the near future. Looking at the numbers that the StreamFest has accrued, it’s safe to say that the move has been a smash hit among the consumers.

Courtesy StramFest, Netflix’s December numbers have torpedoed the slow growth numbers of its past months. The video streaming fest offered users a free trial of its platform in India and a chance to gorge on its vast catalogue of 201 TV shows and 554 movies for absolutely no charge on December 5th and 6th. Clearly a ploy for garnering SVOD subscribers, it worked out for the best, leading a surge of the first-time adoption of its mobile app. Between December 5 and 6, the Netflix mobile app reached approximately 3.6 million installs globally, up a staggering 200% from the previous weekend, as informed by data from Sensor Tower Store Intelligence estimates.

The fact that the offer wasn’t restricted to any particular device, nor were the users asked for any additional payment details, seems to have worked in Netflix’s favour too. While growth remained relatively insipid in November and October, the first-time installs rocketed to 190% from approximately 551,000 on December 1 to approximately 1.6 million installs on the very next day, thanks to an uptick of downloads from Indian users. Having recorded nearly 9 million installs globally in the first week of December itself, it is a telling statement that to date, the Netflix app has seen a shade over 59 million installs in India, a clear indicator of the streaming giant’s ambition in the Indian market.

The reason for these continued series of trial and error “experiments” is despite producing some of the best in class content, Netflix has been unable to navigate the Indian frontier as well as it would have liked. With a land sprawling with home-grown and international streaming service providers, Netflix has clearly struggled to tap into a market which boasts of 600 million strong users who have access to Internet and smartphones, stuck in limbo between OTT players like Amazon, Disney+Hotstar, Zee5, MX Player, AltBalaji and others in their slice of the market share.

If nothing else, Netflix would be hopeful in adding to its existing 26.6 million user base post the StreamFest. Clearly figuring out the best fit plans for the price-sensitive country such as India, this is not the first time that Netflix has attempted to entice the Indian user into a subscription, having previously launched a mobile specific plan of Rs 199 to boost adoption rates among smartphone users. From Netflix’s perspective, the Indian market is up for grabs, seeing as how less than 5% of internet users in India have Netflix. As it stands, there may be plans to extend the StreamFest duration by 24 or 48 hours or sometime again in the future.

However many “experimental schemes” are rolled out by Netflix, at the moment, the Netflix bosses will be mightily pleased at how well this particular manoeuvre has panned out. Whether the StreamFest will inject momentum into its growing user base is one which everybody will have their eyes on.

In the meantime, binge on and stay tuned for more updates.