The increasing number of UPI payments clearly indicates that the digital revolution in India is all set to open doors for new opportunities, especially in fintech space.

The National Payments Corporation of India (NPCI) recently released the latest data regarding the growth of UPI or United Payment Interface in India.

NPCI has revealed that the month of September has witnessed whopping 1.8 billion UPI transactions amounting to Rs 3,29,027 crore or Rs 3.29 trillion.

Since its inception in the year 2016, this comes across as yet another positive milestone for the digital payments’ ecosystem of the country.

In August the number of UPI transactions reached 1.61 billion, valuing Rs 2.98 trillion. Thus the month of September observed a commendable increase of 11.8% in volume and 10.4% growth in the value of transactions.

The latest data also helps to paints a comprehensive picture of UPI transactions in Q3 2020.

This is indeed a commendable growth of UPI despite all challenges businesses and individuals faced due to the nationwide lockdown and economy slow down.

Although the usage of UPI suffered momentarily in the month of April during COVID-19 when it recorded only 999 million transactions, it seems like the pace has been steadily picked up over the course of five months.

The pandemic gave UPI a big boost in India, especially since the beginning of the second half of 2020.

The majority of smartphone users, in order to adhere to social distancing norms and safeguard themselves from the deadly virus, refrained from any cash or card-based transactions. A majority of people resorted to contactless transactions instead and decided to switch to various UPI-enabled apps such as Paytm, Google Pay, PhonePe and many more.

To confirm the same, during the month of August, data from Sensor Tower recorded how Google Pay was the most download payments’ app across the entire world. The app was downloaded 10 million times in that particular month, out of which 7.8 million installs were recorded from India.

Also, in the same list, PhonePe and PayTM stood at the 4th and 6th spot with 6.7 million and 4 million installs, respectively.

The UPI-governing body believes that India is slowly on its way to achieving the goal of maximum digital inclusion especially because AePS is also receiving a lot of attention.

All in all, the latest figures signify that more people in the country are opening up to the adoption of P2P and P2M money transfer options via UPI. With multiple different apps to facilitate the same, it has become way simpler and safer.

Now, it remains to be seen what picture the Q4 2020 data of UPI transactions paint. We will keep you updated. Until then, stay tuned. 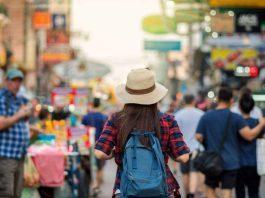