Home Brief Teen Patti is taking the Internet by storm 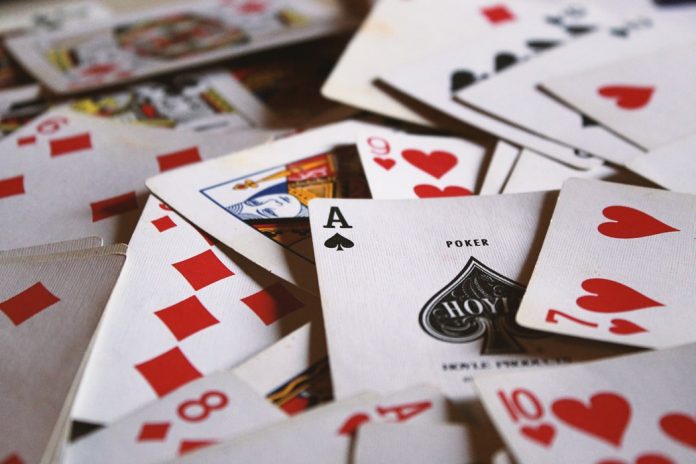 Originated in India, Teen Patti is a traditional card game and remains one of the most loved games in the country. It is a traditional game relating to the culture of Desi and is very similar to the popular western poker.

The game which consists of 52 cards is enjoyed among family and friends. It also used to be played in tournaments and festival gatherings like Diwali celebrations. Even though Indian law frowns against gambling, people still manage to play it.

However, there are now many ways to play Teen Patti legally. This is through the use of apps and online casino sites. Through these various platforms, Teen Patti is now popular across the internet. Millions of Indians who have access to the internet are now playing Teen Patti without being afraid of the law. Here is an analysis of the influence of these Teen Patti platforms and how they offer the game legally.

Many of the online Teen Patti apps are being hosted in India. But they do not go against the law as they do not allow players to enjoy the games with real money. Players who play on these online apps make use of coins. So, instead of wagering with money, players use coins or chips.

You also cannot win money from playing on these apps. But you can gain access to the different variants of Teen Patti and even play with friends. Two of the most popular Teen Patti apps available are Teen Patti Octro and Teen Patti Gold.

These Teen Patti apps give you free chips when you first download them. After you use up the chips, you are allowed to purchase more to continue playing. The apps provide many options for playing Teen Patti. Teen Patti Gold, for example, allows you to open a private room and invite your friends to join you play the game. It also allows you to play in different Indian languages like Marathi, Gujarati, and Hindi.

Teen Patti Octro works similarly, offering different Indian languages. It also gives bonuses and freebies to players who use the app regularly. It was first released in 2013 and has registered over 40 million users. About 3 million players make use of the app to play games every single day.

Teen Patti Gold also has many users. It has gotten over 20 million downloads and over 1 million using it daily. Both apps are available for Android and iPhone devices. They can be downloaded from the Google Play Store or App Store.

The law does not allow you to play Teen Patti for real money in India as it is a game of chance. However, you can play Teen Patti and win real money legally if you play at online casino sites. There are hundreds of online casinos offering Teen Patti, allowing people to play and cash out huge cash amounts. This is possible as these online sites are not based in India. They offer their gaming services outside of India to Indian players. Hence, players can wager on these sites legally.

Because of the availability of these sites, real money Teen Patti has now become the most popular option for people who like to play Teen Patti. In fact, the Indian gambling market is doing all they can to offer the different versions of Teen Patti. They offer virtual Teen Patti and Live Teen Patti.

Virtual Teen Patti games are controlled by RNG which gives out completely random results. The cards are dealt with by the system in the game but players have to follow the same rules as they do while playing in real life. They place stakes, play blind or chaal, and can also win the pot. Some online sites even offer the demo version of this game for players to try before they place real money.

Live Teen Patti at online casinos is even more preferred by Indians. This is because you get to see the live dealer dealing the cards like you are in a real casino. You also get to see a real table and play with other players in real-time. So, even though Teen Patti is not allowed in Indian land-based casinos, you can still play it at online sites. This has caused Teen Patti to grow tremendously online. Indian players are always looking for casinos that offer Teen Patti.

Furthermore, many of these online sites receive Indian rupees as a currency. Players do not need to go through the stress of converting any foreign currency. Then, the developers are also making the game available in Hindi. Players get to hear the live dealers speak Hindi and can also communicate in Hindi with them. With these many options and more being developed for Indians, the game is spreading online like wildfire.

As more Indians gain access to internet services, more people will certainly play Teen Patti as it is well-loved in the country. Many more online casinos are including it in their offerings, including different versions. You can play versions like Teen Patti Rapid, Teen Patti Pro, 999 Teen Patti, Faceoff, and many others.