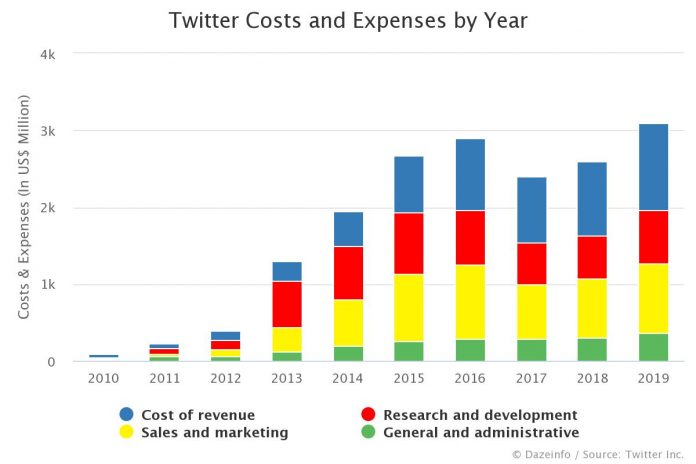 Twitter R&D expenses increased an appreciable 23.2% YoY in 2019, to $682.3 million. That’s representing 20% of the company’s total revenue. The growth was attributable to a $90.6 million increase in personnel-related costs mainly driven by an increase in employee headcount, and a $37.8 million net increase in allocated facilities costs and other supporting overhead expenses.

Twitter sales and marketing expenses increased 18.5% YoY in 2019, to $913.8 million, globally. The growth in the company’s marketing spending was attributable to an $83.9 million increase in personnel-related costs mainly driven by an increase in employee headcount, a $52.0 million net increase in allocated facilities costs
and other supporting overhead expenses, and a $6.6 million increase in marketing and sales-related expenses.