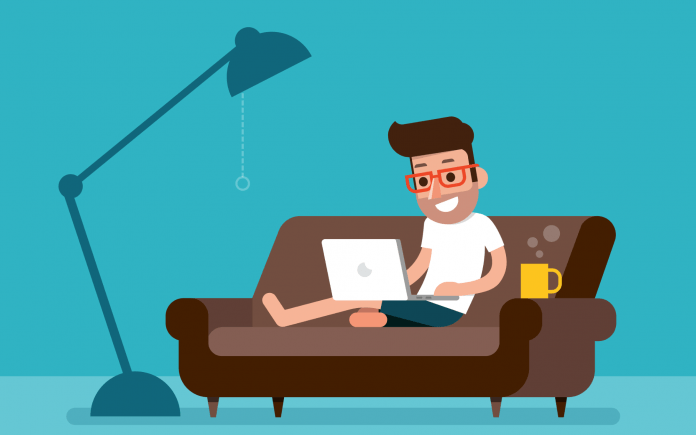 Employees perception towards work from home is changing with each passing month!

With the global outbreak of the novel coronavirus, COVID-19, which began late last year, the norms that previously dictated office work were forced to undergo a revision. With millions of companies all over the world asking their employees to work remotely to limit the spread of the virus, an opportunity to evaluate the effectiveness of work from home emerged, leading to an impromptu experiment regarding the same.

As the pandemic has progressed, the stats regarding working from home have started pointing to possible trends and patterns which could have a massive impact on the future of work.

While employees and management alike were struggling to adjust to remote work in the beginning, a new study by Perceptyx, the office analytics firm, has shown that initial hesitation towards working from home has almost completely vanished.

When work from home first became widespread back in the first quarter of the year, 30% of employees desired to return to the office. This preference peaked at 33% in April. However, new data from June revealed a significant shift in this mindset, with only 4% of employees still willing to return to their office.

Conversely, nearly 100% of the employees had a positive response to the statement “my remote work environment enables me to work productively.” This figure increased by almost 15% compared to 85% favourable responses back in April.

Perceptyx attributes this shift to a variety of factors such as increased productivity, successful adjustment to the process of remote work, and increased funding and services from employers for remote employees. These mainly include essential office supplies such as laptops, monitors, desks, and ergonomic chairs.

However, the office analytics firm also warns against a drop in perceived productivity and desire to continue working from home by fall, which is when children who are currently on summer break will be resuming classes. Obligations like assisting kids with homework, projects, and learning are sure to cut into parents’ work time.

At the same time, the limitations of remote work cannot be swept under the rug. While a lot of people find working from home relaxing, it also interferes with meetings, brainstorming, and creativity. People are also more likely to feel isolated and lonely without their office buddies. Nonetheless, the fact remains that the pros outweigh the cons in the eyes of employees, at least for now.

Many major tech firms like Google, Facebook, and Twitter have extended remote work to the end of the year, keeping themselves open to the possibility of permanent work from home for those who can. Amazon announced only yesterday that it will be allowing all of its corporate employees to work from home until 2021. Additionally, employees are receiving compensation and benefits, as mentioned before.

Despite favorable responses from employees and maintenance of productivity, working – or not working – in an office does not solely impact the company and its workers. The closure of office spaces has had a significant ripple effect on several establishments and industries that relied on them. Economic hubs surrounding industrial areas consisting mainly of restaurants, pubs, and cafes that flourished due to corporate customers have suffered great losses due to remote work orders.

Corporate real estate is also declining with many companies partially giving up their office space leases to cut costs during the ongoing recession, as well as simply because offices are no longer operating at full capacity. Examples can be seen all over the world, with Japanese company Fujitsu planning to cut half of their office space, Cognizant laying off outsourced employees, and office vacancy rates reaching a record high of 19.4% in the US.

However, on the brighter side, the ecological footprint generated by the massive electricity, land, and resource use of office spaces will decrease considerably.

But while permanent work from home is set to increase in the coming days, it isn’t likely that it’ll become the norm. Remote work is a luxury only white-collar employees can enjoy, with a large section of the global workforce continuing to work on the frontlines such as medical professionals and service personnel. Employers are more likely to upgrade to a model where employees split their week into in-office work and remote work. Work week might even shrink to a 4-day cycle instead of the current 5-day cycle, allowing employees greater work-life balance.