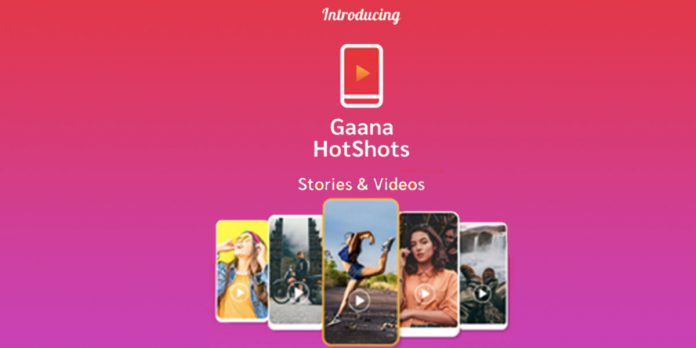 Gaana is the most recent Indian player aiming to capture a sizeable share of the short video market. In the last one month, troves of all TikTok clones have debuted in the Indian market especially after the favorite platform TikTok has been banned in India. However, Gaana’s entrance to this competitive space with HotShots is a movement that’s hauled out from their trends.

Gaana asserts to possess more than 150 million users onto its streaming platform. Hence, it considers pivoting into the short video space is an obvious next move.

Leaving no stone unturned to capture the China-sized hole that TikTok has left behind, Gaana said.

Rollover the bottom of the Gaana app, and users will see the HotShots icon.

Gaana HostShots: How It Works

Click the HotShot icon at the bottom of app and also you can stumble upon a familiar interface. You’ll discover short videos of creators having fun music in the background. Unlike TikTok, Gaana features a library of music tracks onto this platform. Creators may use music out of its own catalog to make content.

The profile of these content creators follows a TikTok-like style and design, and also people are able to enjoy or share with the videos that they wish to with one tap. Brands also have realized the marketing and branding potential of this short video market, introduced by TikTok. With China-based TikTok today being scrutinized for a variety of motives, users can find a number of homegrown apps mushroomed to make the most of the situation.

The bank on TikTok left over 200 million users and 1.2 million content creators stranded. While Instagram is reportedly being benefited the most as a majority of content creators are finding Intagram as the best alternative of TikTok to showcase their capabilities similar to TikTok. To woo these users, and keep them shocked, Facebook was quick to roll out Instagram Reels – a short video section similar to TikTok.

One of those alternatives, Roposo, that has existed since 2014, watched its userbase jump-up from 22 million in two weeks following the ban on TikTok. Various other apps, such as Chingari and MitronTV, is also making waves by claiming the gain of millions of TikTok users in a short span of time.

Would all of these TikTok alternative apps that have gained sudden popularity could sustain its popularity is a big question. Experts, however, believe that it’s not the app, it’s the execution and marketing strategy that is going to define the future of such apps. Considering that, the backing of Facebook provides a clear edge to Instagram which may prove fatal for rest all homegrown apps.