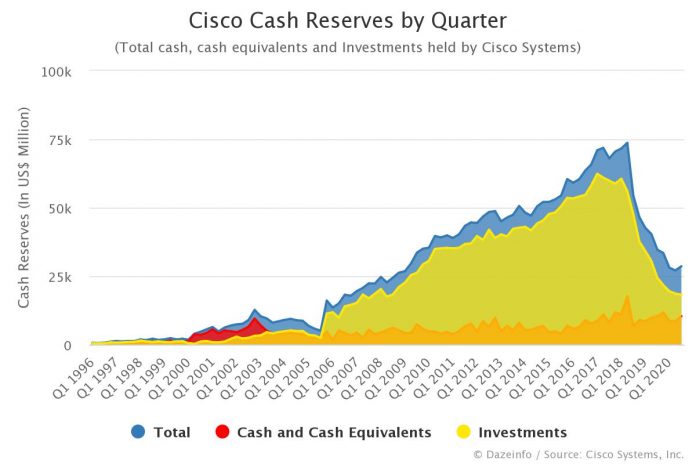 The above graph represents the Cisco cash reserves by quarter, starting from fiscal Q1 1996 to the recently completed quarter. Cisco cash on hand declined a notable 17.5% YoY during fiscal Q3 2020, to $28,574 million. However, the company added $1,512 million cash in its pile when compared to the previous quarter.

The total cash reserves of Cisco Systems consists of cash, cash equivalents and short/long term investments during a particular quarter.

It is important to note that in fiscal Q2 2018, Cisco had a whopping $73,683 million cash in reserve – the highest-ever till date. Out of those, about $17,624 were cash and cash equivalents, $54,439 million were fixed income securities and rest $1,620 million were publicly traded equity securities.