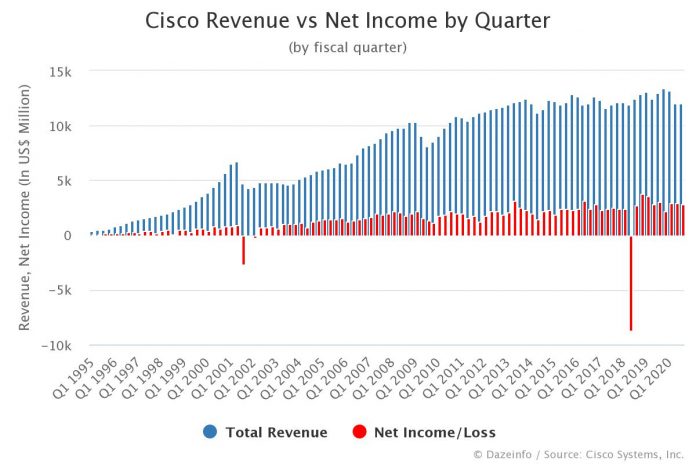 The above graph represents the Cisco revenue and net income by quarter, starting from fiscal Q1 1995 to the recently completed quarter. Cisco quarterly revenue and net profit, both declined a notable 7.52% YoY and 8.87% YoY during fiscal Q3 2020, respectively. The company reported nearly $11,983 million in global revenue, with a net income of $2,774 million.

As the graph shows, Cisco quarterly revenue and net profit, both have been declining for the last few years.