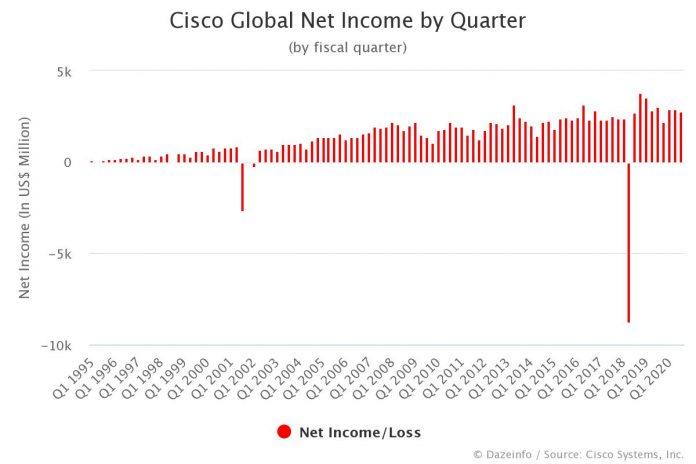 The above graph represents the Cisco net income by quarter, starting from fiscal Q1 1995 to the recently completed quarter. During fiscal Q3 2020, the company reported a notable 8.87% YoY decline in its quarterly net income, amounting to $2,774 million. When compared to the previous quarter, Cisco net income declined 3.6%.

It is important to note that Cisco achieved its first over $1 billion net profit in fiscal Q1 2004. The total net profit surged 75.7% YoY to $1,086 million. However, in the following year, the company’s net profit declined to $724 million.

In just 4 years, the tech giant achieved another milestone; the quarterly net income of Cisco Systems surpassed $2 billion mark for the first time in fiscal Q1 2008.