Home Brief Google Keen Could Be The Future Of Internet Browsing! 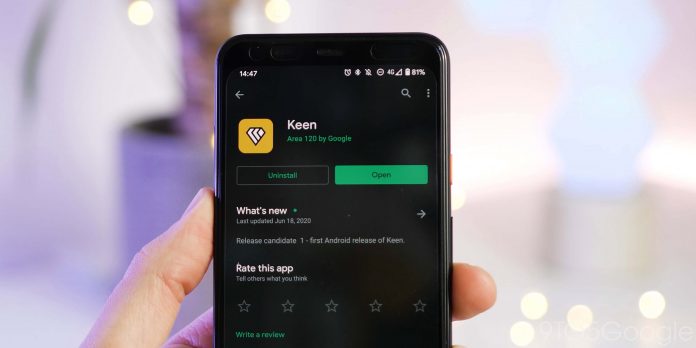 The Search Engine Behemoth Google Inc. has enlisted a well-curated tool today called ‘Keen’ that is capable of collecting all the information across the web, which is relevant and customised according to each user’s needs. And this tool directed to stand tall on rival with Pinterest and Facebook-owned Hobbi. Keen is launched as an experimental AI-based project by Google’s Area120 and PAIR teams to connect with the user’s favourite things.

Yes, both Pinterest and Hobbi are gaining much popularity across the social commerce and e-commerce industry. It is typically referred to as the ‘visual search engine’. With this era of blogging, digital marketing, customised boutiques and a lot more online business throwing in the market, Pinterest finally gained prominence in the social space. It has got the group board feature that was being promoted with Tailwind tribes makes Pinterest a lucrative tool in the digital marketing space. Google, which was not much impressed with Pinterest’s features in the early days, has now started up to formulate the capabilities and what more can be improved with the existing visual search tool.

With the most advanced in-house research team, Area 120, an incubator for fresh ideas, Google has sorted out a much lucrative tool ‘Keen’ to win over the demand of Pinterest in social search. Pinterest has now over 367 million monthly active users; maybe this active growth of Pinterest would have caught the sight of Google to come up with the plan to evade off the Pinterest traffic into its portfolio.

Moreover, Google’s Keen is a revitalised version of Google’s customised recommendations on the web search. But it doesn’t track your usual web searches only, it pulls out the content based on your saved interest on the app’s memory. This excellent tool is designed with the combination of advanced machine learning techniques and mindful human collaborations to assist individual users in curating rich media facts and information on the topics that are based on their interests.

Here, in this tool, every idea is denoted as a ‘Keen’ whereas Keen is logically referred to as an intellectual eagerness.

You will be surprised to know about how this idea popped up. Yes, this idea was flashed in the minds of cofounder CJ Adams, when he realised he was wasting much of his leisure time looking mindlessly into the unrelated browsing feeds. He then reckoned of utilising the time by knowing more about topics that appeal to him.

Having this idea, he began working with four other colleagues in his Google office and team with the company’s People and AI Research (PAIR) wing to establish a human-centred machine learning project ‘KEEN’.

Like every other Google’s utility application, Keen also needs users to sign up with their Google account to track their area of interest. Once their interests are saved, then Keen would collect all relevant content on the web with its advanced search and machine learning techniques and would organise as pinboards. The more inputs users give to Keen as their interests, the more curated exciting information they can find on the web.

Undoubtedly, the users can find it to be the more advanced version of existing Pinterest.

As like the Pinterest Group Boards, Keen also got its social networking feature. Where your friends and family can also add and edit content to your pinboards. This is what Google referred to as human collaboration in machine learning techniques.

So as this is another colour in Google’s palette, it is abiding Google’s privacy and search policy.

It would be overwhelming to pick up Keen and hastily save out all our interests. Yes, though it may sound more advantageous, there is also a teensy bit of feeling if at all Keen may limit users only to their area of interest and not other than that. Keen could be more lucrative when it is not so confined but also could give some additional space for full range contents in the miscellaneous section with more human remarks.

Google Keen is currently available for Desktop and Android users. The company has not disclosed any plans related to its iOS launch. Android users can download Google Keen from here.