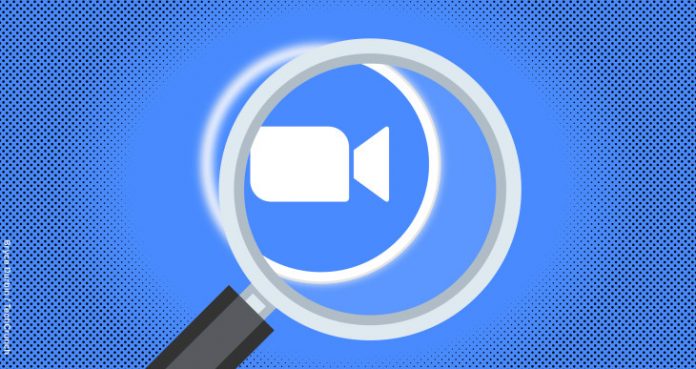 The number of Zoom users worldwide is once again the talk of the town.

Zoom has been going through an absolute rollercoaster ride from the very beginning of 2020 starting from it being adopted as the videoconferencing tool of choice in masses to the application then getting tangled in all sorts of privacy and security issues. Now, once again in recent news, Zoom has surfaced with ‘not so positive’ development.

The San Jose, California based video conferencing platform Zoom has admitted to not having the 300 million daily users it previously claimed it had. This admission was first reported by Verge which noticed that they had quite sneakily made changes to one of their blog posts from earlier this month wherein they made that falsified claim. Undoubtedly, Zoom is caught its pants down.

For all those who can’t grasp what seems to be the difference in this, it is the between DAU aka daily active user and a daily meeting participant. In the case of a daily meeting participant, if he or she happens to have multiple Zoom meetings in a day then he or she will be counted that many times for that particular day. However, when it comes to a daily active user, he or she will be counted only once per day. Therefore, this makes it crystal clear that Zoom definitely tried to mislead people previously when it comes to its platform usage numbers.

This blog on Zoom’s company website was edited a couple of days back on April 24th after which they were reached out for a comment.

Zoom, in response, admitted making this error and also provided a statement wherein they said they were very much proud and humbled as a company to have been helping over 300 million ‘daily meeting participants’ to stay connected during this coronavirus pandemic. They also said that it was an ‘unintentional’ mistake on their part to have mentioned their participants as users and people and that it was a ‘genuine oversight’.

This latest fiasco, therefore, shows that Zoom has now much to prove when it comes to revealing their actual daily active user count, even though it is well known that the company’s growth has surged a significant amount since the inception of the pandemic worldwide. From back in December 2019 to this month, as claimed earlier, the number of Zoom users worldwide soared from only a meagre 10 million to whopping 300 million. Now, all we know is that Zoom has 300 million daily meeting participants.

It should also be noted that Zoom’s primary rivals are closing in real quick in terms of users as well. Yesterday, Microsoft Teams mentioned that they now have 75 million daily active users – a significant jump of 75% in the number in just a month. They also mentioned that Microsoft Teams has recorded close to 200 million meeting participants in a single day of this month itself.

Google Meet, which is another competitor in the videoconferencing market space, is adding roughly 3 million new users every single day. They have also recently hit 100 million daily meeting participants. Other smaller players compared to Zoom such as Cisco is also ramping up in terms of growth as they revealed to have 300 million total Webex users.

Now it remains to be seen if Zoom will continue growing despite it being repeated coming under bad press or if their existing and upcoming competitors such as Facebook Messenger, Skype, and many more will take this space by storm and overrun the company’s success. Whatsoever be the case, the actual number of Zoom worldwide still remains a mystery!