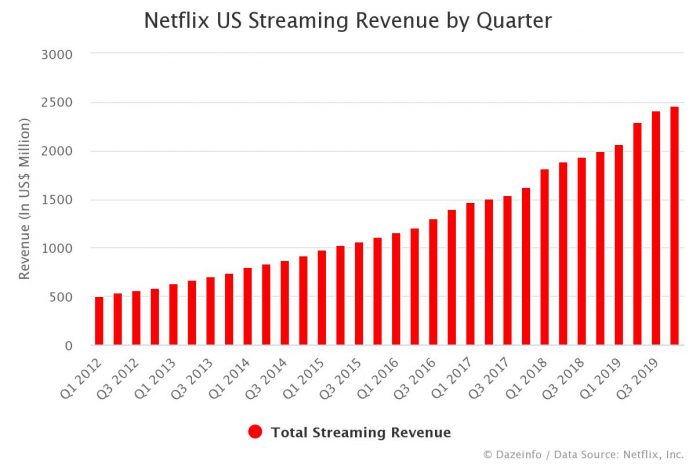 Netflix revenue from Domestic streaming segment is derived from the monthly membership fees for services related to streaming content to members in the United States.

In fiscal Q2 2015, Netflix domestic streaming revenue surpassed $1 billion ($1,025.91 million to be precise) mark for the first time, representing 22.4% YoY growth. Surprisingly, that was more than 2x of Netflix International streaming revenue during the same period.