Home Brief Investment in Startups In India By Neighbouring Countries Is Subject To The... 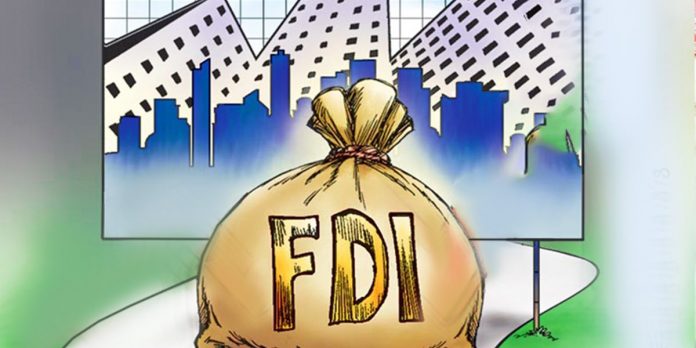 Indian startups and companies should now prepare to brace for impact when it comes to acquiring investments from neighbouring countries. New FDI policy changes being put in place by India requires all investments to be approved by the Government.

In what can only be called a sudden move, India has now mandated all investments from neighbouring countries (which includes China as well) be first reviewed and approved by the Government. This decision which was taken on Saturday aims to protect all companies from being vulnerable to ‘opportunistic or hostile takeovers’ amid this pandemic.

By now, it is no surprise that the coronavirus outbreak is the primary driving force which is wreaking complete havoc on the global economy as well as on India’s domestic economy. Amid this situation, the Indian stock market which works in sync with that of the U.S stock market is sinking to new lows. This, in turn, opened up the doors to many neighbouring nations to acquire for themselves a big chunk of Indian companies at much lower stock prices with their pile of cash.

China was one of the first countries which took notice of this opportunity and with its People’s Bank of China (PBoC) significantly increased its shareholding to a whopping 1% in India’s Housing Development Finance Corporation (HDFC).

However, now with this particular change being made in India’s Foreign Direct Policy (FDI), an entity of a country that shares a land border with India can invest only after receiving government approval.

It should also be noted that this new change in rules is going to be applicable to all investments by foreign firms which have been already planned or exist in Indian businesses. As of right now, there exist many Indian startups which have already received investments from foreign investors or Chinese investors to be specific. For example, about 5% of Flipkart is held by Tencent. Also, Alibaba owns a good amount of stake in Paytm.

Atul Pandey who is a Partner at the law firm Khaitan & Co., in a statement has mentioned that be it receiving a fresh round of investment from foreign firms or these foreign firms wanting to exit their existing investments, everything will now need to be the first run through the Indian Government so they can get it approved.

He also added that these measures taken by India seem to be aimed specifically at China because they have been taking advantage of the current market crash to invest and acquire many companies all across the world.

On the brighter side of things, this will definitely help safeguard a lot of Indian companies while this COVID-19 situation is still prevailing. However, on the flip side of things, if this major change in the Indian FDI policy is kept intact in the long run, then it can significantly harm the future of startups in India as they will find many roadblocks when it comes to raising funds.

China, in response to these policy changes made by India, has slammed it saying that it violates the WTO aka World Trade Organisation rules.

Today, Ji Rong who is a Chinese Embassy spokesperson in India, in a statement, has said that the Indian government’s decision to make these sudden changes in FDI norms go against the trend of liberalization and facilitation of trade and divestment.

According to her, this decision doesn’t comply with the consensus of G20 leaders and trade ministers to “realize a free, fair, non-discriminatory, transparent, predictable and stable trade and investment environment, and to keep markets open.”

She also went on to further add that in this pandemic stricken situation, countries should be able to work together to create a favourable investment environment so that companies can resume and speed up their to production and operational activities.

Now it remains to be seen how India responds to this criticism by China which, in the first place, is responsible for this nightmare of the coronavirus outbreak and the global economy crashing. We will keep you posted.