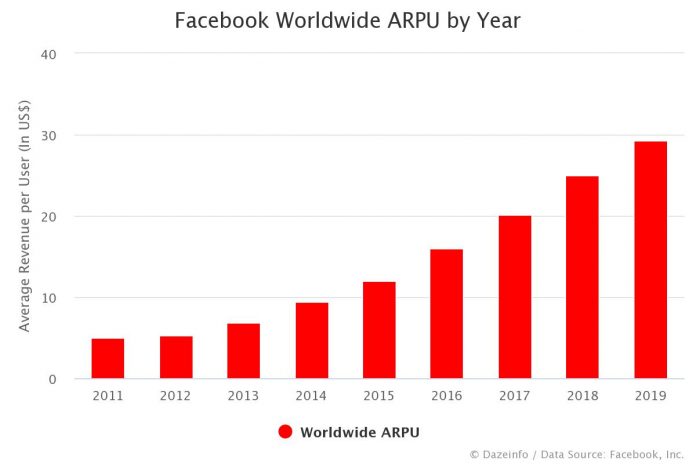 The above graph represents the Facebook worldwide ARPU by year, starting from fiscal 2011 to 2020. The company generated an average of $32.03 in revenue from each of its monthly active users during 12-months ended December 31, 2020. That’s nearly 9.5% YoY growth in Facebook global ARPU.

In fact, in 2019, the social media company reported its highest-ever ARPU across all regions.

Note: Facebook defines ARPU as the total revenue generated during the year, divided by the average of the number of MAUs at the beginning and end of the period.