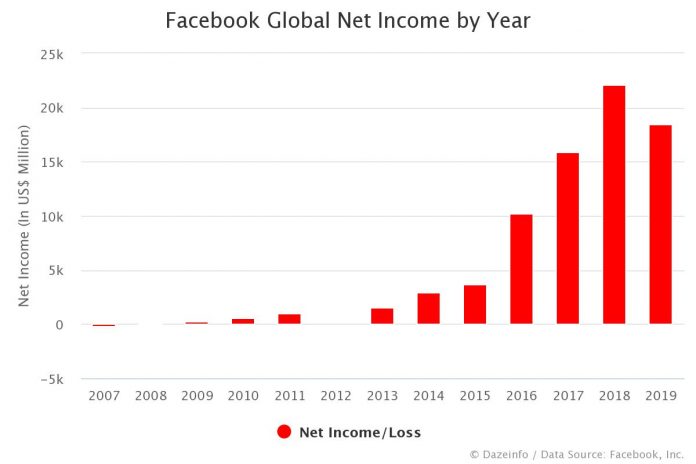 The above graph represents the Facebook net income by year, starting from the fiscal year 2007 to the recently completed year. The company reported $18,485 million in net profit during the 12-months ended December 31, 2019. That’s a notable 16.4% YoY decline in Facebook annual net income.

It is important to note that the company’s provision of income taxes increased a whopping 95% YoY in 2019, to $6,327 million.

On the other hand, the highest-ever net loss reported by Facebook was $138 million in FY 2007.

Interestingly, the company reported its first profitable year in 2009; the total annual net profit of Facebook increased to $229 million in 2009, from the net loss of $56 million in 2008.