Home Brief Will Indian Startups Survive The Brunt Of The COVID-19 Pandemic? 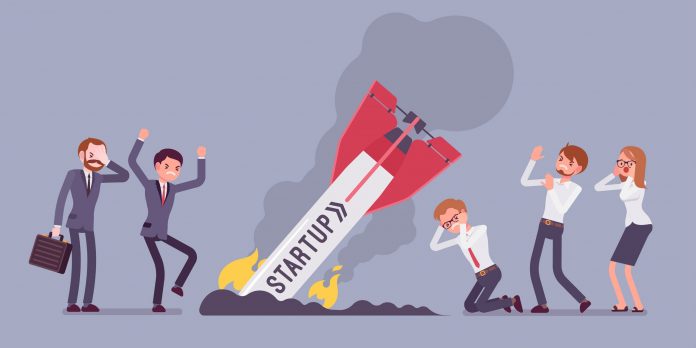 The outbreak of the COVID-19 pandemic sparked the slowdown of businesses globally. Now, it is being questioned if startups will be able to survive the brunt of this economic downturn.

John Chambers who is now a venture capitalist and the former CEO of Cisco Systems in a statement said that worldwide economies should brace for impact for none months worth of economic unrest whilst dealing with this pandemic situation.

When asked about which startups are likely to survive this crisis, he mentioned that it will certainly be the ones who are able to quickly adjust to this situation and position themselves for the future.

He also mentioned that because of this crisis 10% to 20% of venture capital funds are likely to dry up. But more important, rather shocking, the statement was about 30% to 40% of startups disappearing over the next 2 years.

This year during January and February in the Indian startup ecosystem, the average deal size was reportedly higher than a year ago despite the number of deals was comparatively low. For instance, there were 104 deals in the month of February that resulted in higher investments than what 114 deals in the same month last year had seen.

Before the Coronavirus outbreak, it was being anticipated that this momentum will continue in full force and larger rounds of funding would be observed instead of small-ticket seed fundings.

Apoorv Ranjan who is the co-founder and president of the incubator Venture Catalysts in a statement said that they expected more Series A and B deals in 2020.

Now, however, much like the financial crisis of 2008, investment firms are more focused on protecting their existing portfolio companies instead of trying to add ones in this period of crisis.

This has landed several bootstrapped companies in rough waters as they are struggling with minimal to no sales during this crisis along with having to forgo any chances of raising capital in the near future.

One such startup is Kiabza which is an e-commerce store for pre-owned clothing which was in talks with one of the VCs for raising capital. However, now they have told that new investments will be held off till the month of July as reported by Nohar Nath – Founder and CEO.

Early-stage and VC backed startups also are facing the brunt of this situation as the capital they raised are now burning off quickly without them being able to utilise it for generating any revenue whatsoever. Many of them have also started to resort to massive layoffs and furloughs hoping that it will buy them time until things get better.

Another major factor that has put a serious dent in the Indian startup ecosystem is the withdrawal of Chinese behemoths. A record funding worth $1.4 billion in total was provided by Chinese investors last year. However, now with the restrictions on international travelling due to the outbreak, Chinese fundraising activities have also come to a halt.

Because of the pandemic, the situation has worsened so badly right now that several startup founders, venture capitalists and lobby groups in India have all come together to request the government to grant them a ‘relief package’ to help them fight the business disruption.

Startups, in a joint letter written to the Prime Minister Of India Narendra Modi, have asked the government to help them with to bankroll 50% of their workforce’s salaries for six months, provide interest-free loans from banks, waive rent for three months and offer tax benefits among other things.

Way Forward For Indian Startups In The Post-COVID World

It is quite obvious by now that startups in certain sectors such as travel, hospitality, luxury, retail, and some other consumer-facing businesses will take more time to recover. However, on the other hand, startups which are primarily operating in the in analytics, artificial intelligence (AI), health-tech and ed-tech sectors might observe a rapid growth.

Sandeep Murthy of LightBox Ventures said that for startups to recover faster they currently need to focus on conserving cash, investing in product differentiation and meeting the challenges of real consumer needs.

Now the question remains how quickly can the Indian ecosystem as a whole expect to bounce back post the end of this pandemic. We will keep you posted.