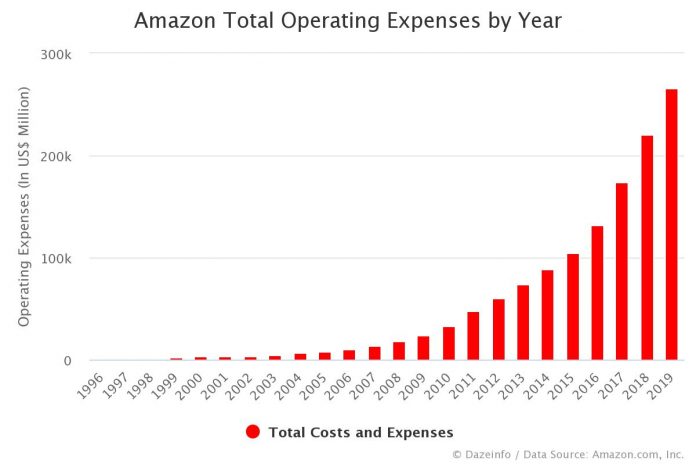 The above graph represents the Amazon total operating expenses by year, starting from fiscal 1996 to the recently completed year. The company’s total expenses (including cost of sales) increased a strong 20.6% YoY in 2019, to an all-time high of $265,981 million. That’s a whopping 94.8% of Amazon’s global revenue generated during the year.

In fiscal 2015, the Washington based retail giant spent over $100 million on marketing, sales, technology, general and administrative and other activities. The total operating expenses surpassed $104,773 million by the end of 2015, with nearly 18% YoY growth.