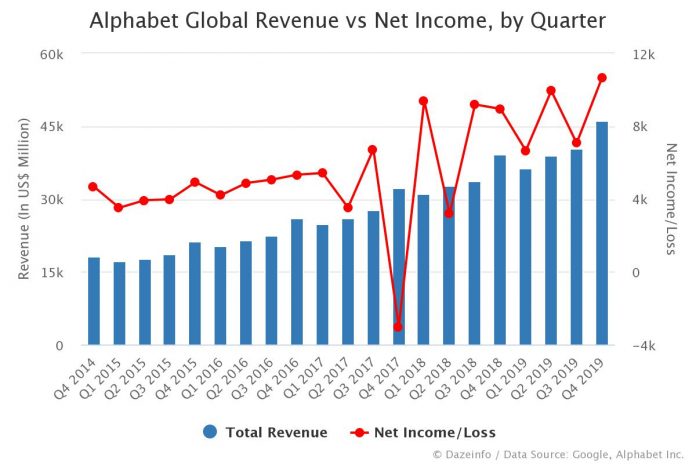 The above graph represents the Alphabet revenue vs net income by quarter, starting from fiscal Q4 2014 to the recently completed quarter. The company reported its highest-ever quarterly revenue and net income in Q4 2019, amounting to $46,075 million and $10,671 million, respectively.

There was an impressive 17.3% YoY and 13.8% QoQ growth in Alphabet quarterly revenue.