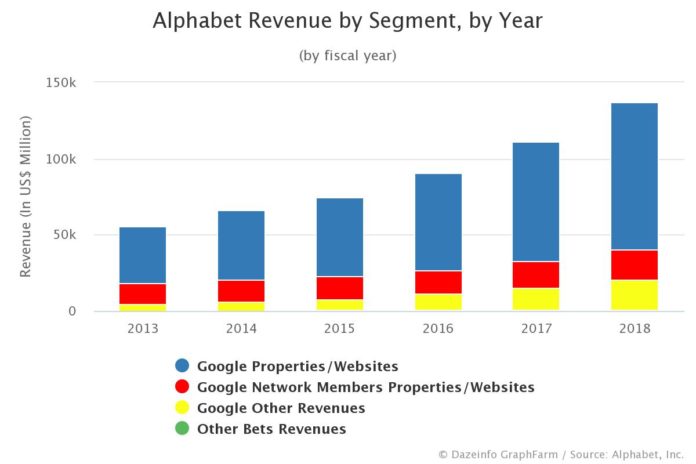 The above graph represents Alphabet annual revenue by segment, starting from fiscal 2015 to the recently completed year. The company has two reportable segments: Google and Other Bets. Over 99% of the Alphabet’s global revenue comes from the Google’s products and services, ever year. Google Segment revenue increased an impressive 17.9% YoY in 2019, to an all-time high of $160,743 million. Google segment revenue includes the revenue from Google advertising, Google Cloud, Google Play, YouTube Premium and YouTube TV subscriptions, and hardware products.

Note: “Google Segments Revenues” include Google Advertising revenue and Google other revenues ( from apps, in-app purchases, digital content in the Google Play store, Google Cloud offerings and Hardware). While the “Other Bets Revenues” derived from the sales from Access internet and TV services as well as licensing and R&D services.