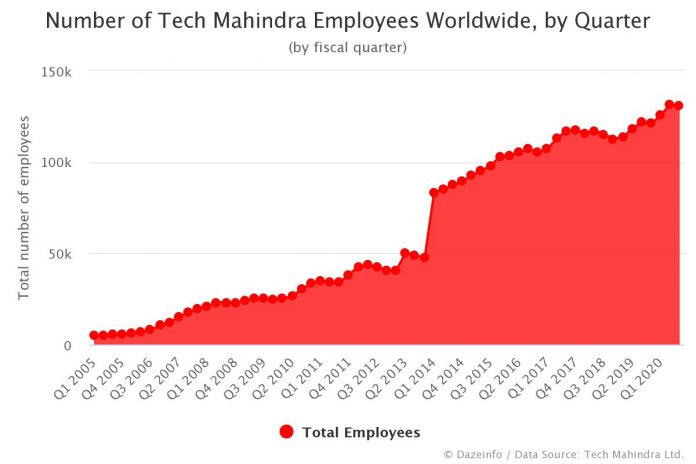 Fiscal Q4 2006 was the first time when the Tech Mahindra global employee count crossed 10,000 mark. The total employee count increased 86.8% YoY to 10,493 people, globally. Out of those, nearly 9,875 were Software professionals and 618 people from sales and support team.

In 2005, the company had began its first global development center outside India (in Melbourne).

In February 2006, MBT changed its name to Tech Mahindra Limited.