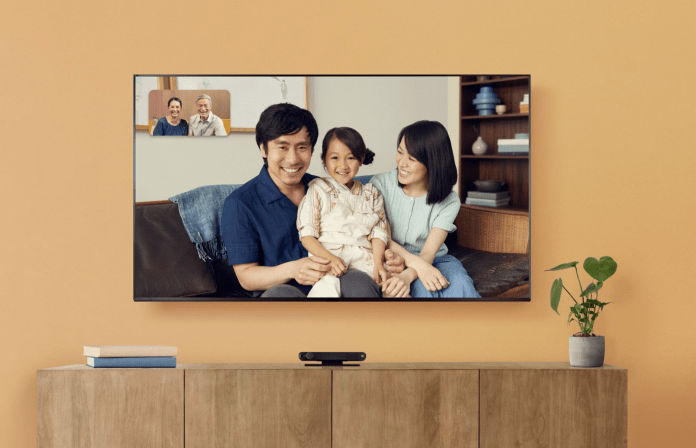 Remember how badly Facebook Portal TV was mocked by many after its initial launch! Looks like the social media giant has heard the critics and now it’s back with the refreshed version of Facebook Portal TV bundled with a lot many jaw-dropping features.

Two years go, Facebook Inc. (NASDAQ:FB) released the first device in their Portal video calling series. This move brought them a lot of criticism and customer consensus did not change even after the launch of subsequent improved versions as part of the series. Surprisingly, things have changed suddenly in recent times as in no time Facebook Portal, which was probably the last things people were thinking to buy until the beginning of this month, has been sold out completely.

It is learnt that the changed working conditions have resulted in the exploded sales of Facebook Portal. The sudden increase in the number of people engaging in physical distancing and isolation in the wake of the Covid-19 pandemic has turned out as blessings in disguise for Facebook.

Facebook Portal is a series of smart home devices by Facebook that have multiple features relevant and useful in a household setting. Despite the wide range of features, high definition video calling is the most important one. Thus, portal home devices are primarily meant to keep in touch with family and friends.

Currently, there are 4 devices in the series, with the Portal TV being the most recent launch. Apart from video calling, the portal devices have in-built storytelling features and face filters to add more layers to calls. Video calling is enabled by WhatsApp and Facebook Messenger. Presently in its second generation, the series also offers features like portrait and landscape modes and Alexa Built-In. This makes the device smarter, allowing the user to perform multiple actions such as watching videos, reading the news, listening to music, etc.

The Portal devices, when first launched, were scrutinized on grounds of safety. Users were concerned about the security of their personal lives. This fear sprouted entirely from Facebook’s poor track record with customer privacy, including the infamous Cambridge Analytica Scandal.

Critics bashed the device heavily for this reason, raising concerns about having a Facebook-owned camera device in their homes. Due to its features, the proposed usage was a smart home device which was to accompany users wherever they were in the house. Eventually, the company adapted and allowed users to control enable/disable lens and mics feature in subsequent models. Portal is also the medium of video calls on WhatsApp and Facebook Messenger on mobile/computer devices.

The most recent instalment in the Portal series is the Portal TV. This is an HD camera device that can be attached to one’s TV to make video calls and perform other Portal tasks. Due to the large screen, it operates on, it offers the most immersive video-calling experience currently in existence.

First launched in November 2019, Portal TV was also criticized for all the reasons listed above. Critics, while praising the performance of the product, urged users not to buy it to preserve their privacy in the increasingly connected inter-web we live in.

However, with many parts of the world shutting down due to the highly contagious novel coronavirus, sales for the device have boosted to the point of it going out of stock.

In a statement, a Facebook spokesperson told CNBC, “As people are taking measures to socially distance themselves and move to work from home, we’re seeing increased interest in Portal, both in sales and usage… We’re pleased that we can help people connect with family, friends and colleagues during this time.”

The spokesperson also addressed the shortage of stock and explained how the worldwide outbreak of Conoravirus has impacted their hardware production She, however, assured that the company is working to handle the demand and more units would be made available soon.

The statement indicates that sales for other Portal devices are also increasing. In order to boost the sales of Portal TV and latest version of Portal devices, a sharp price cut of $110 has been noticed in the US for the Portal 1st generation device.

Portal devices are not available or functional worldwide. They are mostly sold in countries in the North-Western Hemisphere at the moment, such USA, Canada, Spain, etc.

With the changes made to Portal in terms of privacy, a larger trend in Facebook’s approach to customer privacy and safety has been emerging. While they still continue to run into privacy issues, instances of constructive measures are gradually becoming more frequent. Zuckerberg also recently funded the purchase of two covid-19 testing machines to increase testing capacity in San Francisco.