Home Brief Worldwide Job Loss: 25 Million Jobs At Risk Due to the Novel... 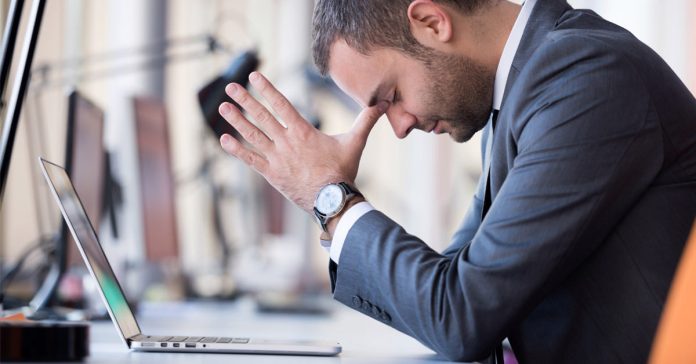 With the COVID-19 pandemic sweeping nation after nation and bringing panic in its wake, the outbreak’s economic impact can be likened to jumping out of a frying pan and into the fire. A new report by the UN agency, International Labour Organization, 25 million people around the world could lose their jobs due to the outbreak.

With the first wave of the disease, which took China by the neck, production and sales were severely impacted, and still continue to be in quicksand. In the months of January and February alone, industrial output declined by 13.5%, retail sales by 20.5%, and construction activity by 24.5%, all amid China’s aggressive crisis intervention strategies.

The UN report, titled “Covid-19 and world of work: Impacts and responses” had similarly, if not more bleak, forecasts for the global economy in the coming months.

The main takeaway of the report is that considering global unemployment to be around 188 million in 2019, the number will rise by at least 5.3 million in 2020 and could well reach 24.7 million in the worst-case scenario.

Economists have compared the expected global economic scenario of 2020 to the 2008 Financial Crisis, which left a huge dent in the world economy which couldn’t be repaired in the short term.

Along with a forecast of what’s in store, the report states that taking coordinated and large scale measures to reduce the impact of the coming months is crucial and urgent.

It urges governments and international bodies all over the world to take immediate steps to protect employees and their jobs, stimulate economic activity, and coming up with ways to ensure as many people as possible have an income even while economic activity in various parts of the world is coming to a halt.

The report raises concerns about the upcoming challenges adversely affecting those in non-corporate jobs such as small businesses and self-employed individuals.

Some of the recommendations under the report are social protection, paid leaves, subsidies and tax reliefs, and short-time paid work.

Out of these, short time paid work has gained the most favour by experts around the world and has been doing so since before the report was released. An article by Enrique Dans for Forbes endorses this by giving Germany’s example, which is already implementing short time paid leave. He strictly opposes policies such as cash handouts and criticizes them for being unsustainable given the already paradoxical and unstable economic model where the rich get richer and the poor get poorer.

Going by daily reports of falling stock market prices and subsequent crashes, it is clear that a recession is in store for the world.

As mentioned above, the global economic model is ill-equipped to effectively deal with such an outcome and all obvious measures such as demand stimulation or decreasing production will lead to adverse effects like stagflation, all during times of a falling global GDP.

On the positive notice, not all sectors and job profiles would be affected similarly. According to a professor at the University of Minnesota, those in corporate jobs or teachers who have the option to take classes online and people belonging to similar jobs that have high remote sustainability will survive the coming months with just a scrape.

Others in more hands-on professions like production, delivery, grooming services, etc., will be impacted far more adversely due to their high-contact jobs and poor security by employers. Small businesses and self-employed individuals are in for a harsh run.

The reports of covid-19 are increasing day by day, with more and more cities, states, and countries imposing lock-downs and curfews. The outbreak has brought life in many regions to a standstill and has claimed over 10, 000 lives. However, prompt and vigorous action can mitigate the impact significantly.