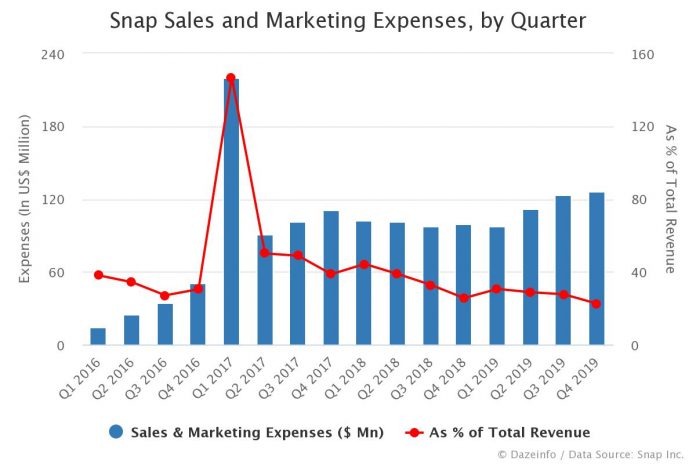 The sales and marketing accounted for 15.5% of the total costs and expenses of Snap Inc. in Q4 2019.

As the graph shows, it was Q1 2017 when the social media company spent over 146.8% of its total quarterly revenue on Sales and Marketing activities, totalling $219.7 million.