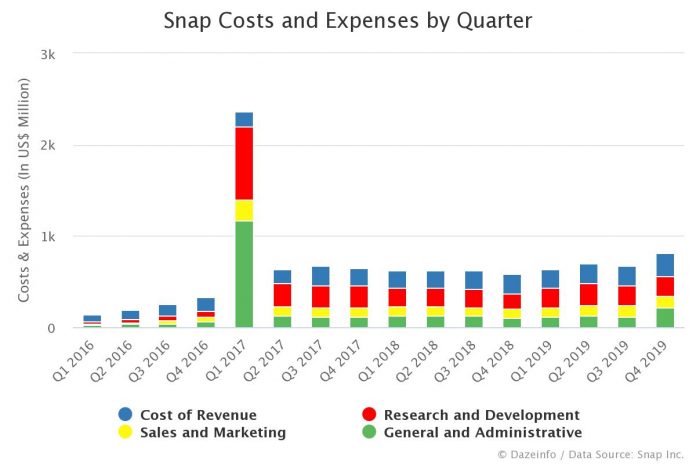 When it comes to operating expenses, the social media company has been spending a significant amount of its total quarterly revenue on R&D. Snap R&D expenses increased 33.5% YoY in Q4 2019, to $219.5 million – representing over 39% of the company’s total revenue.

Snap Sales and marketing expenses in Q4 2019 clocked over $126 million, registering 26.6% YoY growth. On the other hand, the General and administrative expenses of Snap Inc. doubled in Q4 2017, totalling $215.5 million.

One must note that during the first quarter of fiscal 2017, the company’s R&D, Sales & Marketing, and General and administrative expenses reached a record-high of $805.8 million, $219.7 million, and $1,174.5 million, respectively.