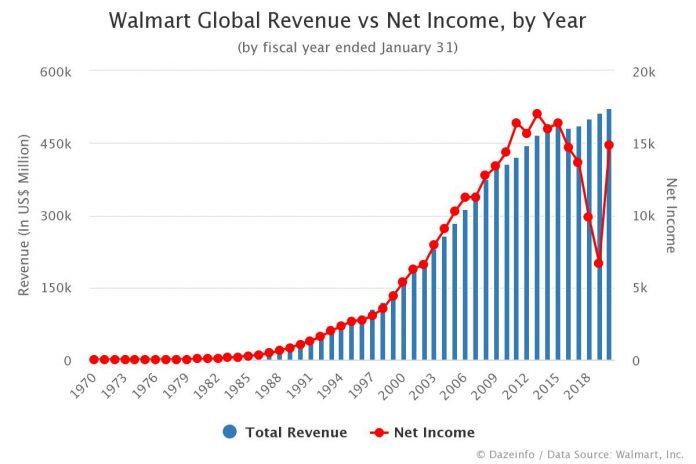 The above graph represents Walmart global revenue vs net income by year, starting from fiscal 1970 to the recently completed year. In FY 2020, the retail giant reported its highest-ever annual revenue of $523,964 million, with a net profit of $14,881 million. That represented 1.86% YoY and 123.1% YoY growth in its revenue and net income during the fourth quarter, respectively.