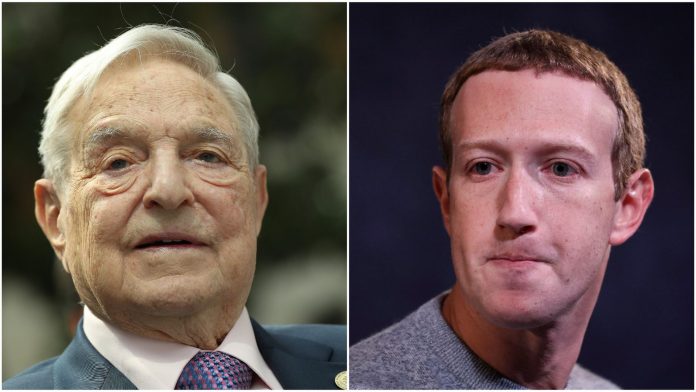 Imagine Facebook without Mark Zuckerberg and Sheryl Sandberg, the current CEO and COO of the world’s largest online social media network having over 2.49 billion users on its platform.

It has been recently reported that George Soros who’s a billionaire philanthropist criticised the Facebook’s policy on political advertisements related to the US presidential election year and therefore strongly called for the removal of the company’s Chief Executive Officer Mark Zuckerberg and Chief Operating Officer Sheryl Sandberg.

In a letter to The Financial Times, George Soros addressed his views wherein he said that its high time they leave. Facebook is yet to comment on the matter as of right now.

“The company doesn’t need to wait for regulations to stop accepting political ads until after the November election,” said Soros.

His opinions also happened to point towards the fact that Donald Trump is somehow being assisted regarding his re-election in some mutual arrangement. However, this is not the first time Soros has raised such grave allegations against the social media giant Facebook. Last month itself he made an allegation regarding the existence of any sort of a special arrangement or relationship between Donal Trump and Facebook, which was denied by the company.

Facebook, until now, has committed to serving up less or fewer political advertisements to their users on its platform and that of Instagram’s but however hasn’t yet agreed to completely ban them as Twitter did.

Soros had previously accused Facebook of the same at Davos to which Facebook’s statement said that while they as a company respected his right to voice his personal opinions and thoughts, he happens to be misunderstood and wrong. Facebook further went on to say that they continually keep making unprecedented investments to keep their platform free from political interferences, especially during elections and are completely committed to combat misinformation.

His comments regarding Facebook again showed up in another major news outlet, The New York Times in a similar manner wherein he said the attacks on Facebook by various regulators and media will be defended by Donal Trump if Facebook provides their help to get him re-elected in the 2020 elections.

In November 2018, Facebook admitted that they had hired a PR firm to run a smear campaign against Soros for his overly vocal opinions against the company. A firm called Definers was hired by the social media giant to cast the liberal donor George Soros as an unacknowledged force behind activists protesting Facebook. Initially, the hiring of the firm was denied by Ms Sheryl Sandberg but however, later she clarified that she had been told about the company but had forgotten its name.

This definitely shows that Facebook is still under the heat for their previous privacy-related scandals and alleged meddling with the previous U.S. political election campaign. It’s going to be an obvious uphill battle for Facebook to defend themselves against all such controversial statements against them for quite some time in the near future. The company was once again found in hot water for their defiance against EU privacy regulations in accordance with the launch of their dating service quite recently.