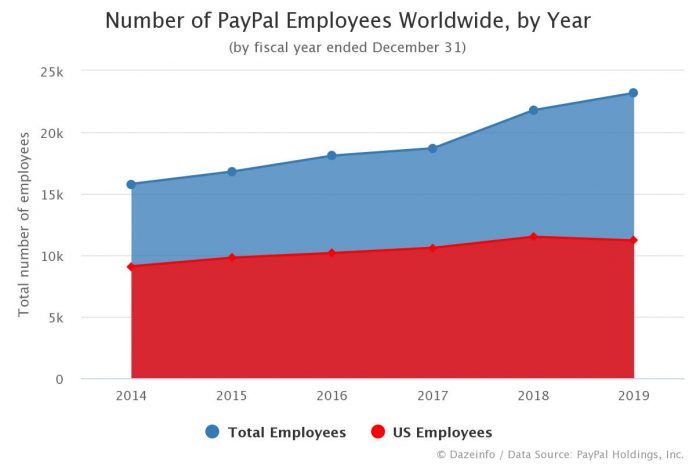 The above graph represents the total number of PayPal employees worldwide, by year. As of December 31, 2019, PayPal has total 23,200 employees, globally. Out of those, approximately 11,200 are located in the United States.