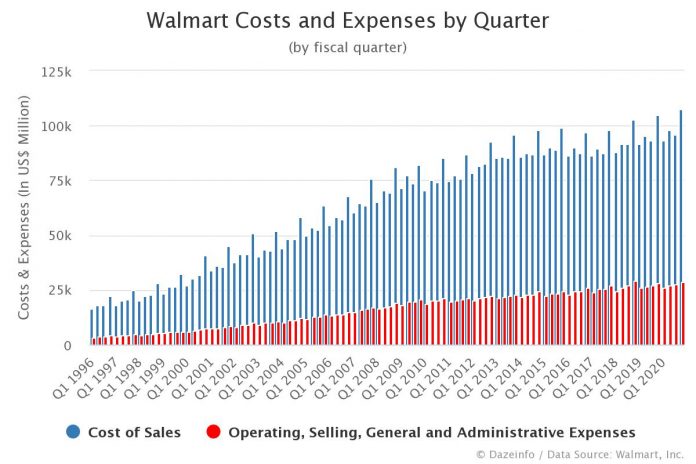 The above graph represents the Walmart Costs and Expenses by Quarter, starting from fiscal Q1 1996 to the recently completed quarter. In FY Q4 2020, Walmart’s total cost of sales increased nearly 2.7% YoY to $107,748 million ($107.7 billion). On a quarterly basis, the company reported an impressive 12.4% QoQ growth in the cost of sales. While the Walmart Operating expenses (including selling, general and administrative expenses) reached $28,601 million (28.6 billion) in FY Q4 2020, with a 2.8% YoY and 4.5% QoQ increase.