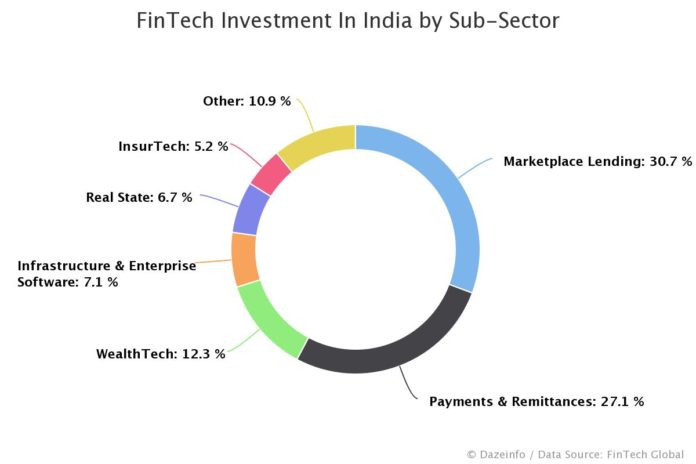 As the graph shows, nearly 31% of all FinTech deals in India since 2014 have involved Marketplace Lending Companies. This is followed by nearly 27.1% of all deals involved Payments & Remittances companies and 12.3% of transactions involved WealthTech companies during 2014-Q1 2019.

SAIF Partners, a leading private equity firm, has made 18 FinTech investments in India since 2014.