Home GraphFarm Number of Microsoft Employees: US and International 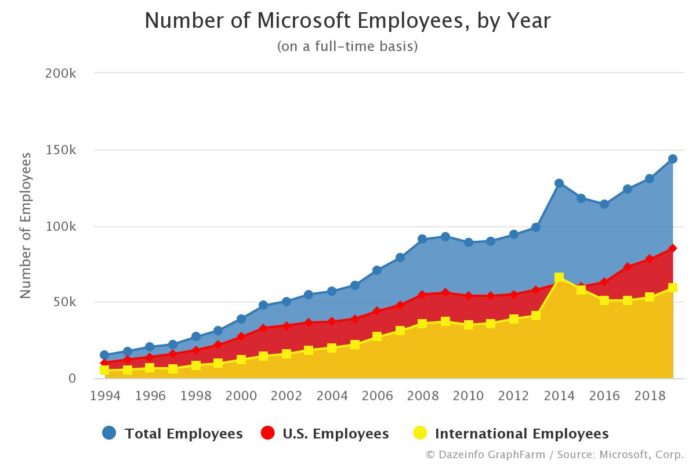 In the Microsoft fiscal 2019 annual report, it is mentioned that out of its 144,000 full-time employed people, about 47,000 are in operations, which includes manufacturing, distribution, product support, and consulting services. While 47,000 are in product research and development, 38,000 are in sales and marketing and rest 12,000 are in general and administration.

One must note that Microsoft global employees count surpassed 128,000 people in fiscal 2014, from just 99,000 a year ago. Over 51% of those were working outside of the US. Interestingly, approximately 25,000 employees were transferred as part of the NDS acquisition by Microsoft in April 2014.