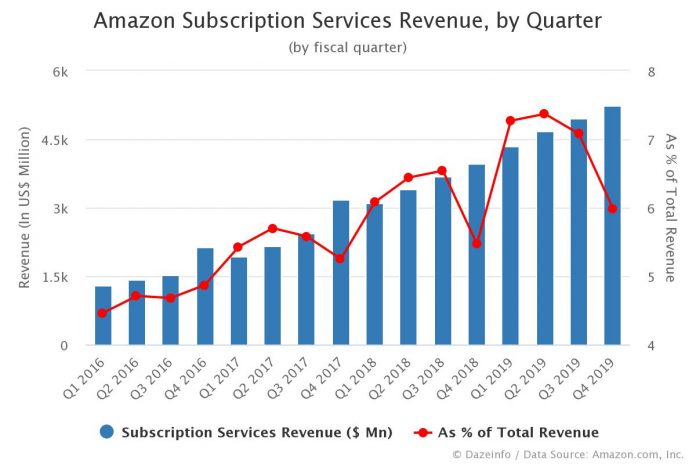 However, Amazon Subscription services revenue growth slowed down in the last one year. In Q4 2018, the global retail giant witnessed the slowest 25% YoY growth in revenue from subscription services. One reason could be the saturated Prime membership in the United States.

It should be noted that Amazon Prime subscription fees vary across geographies and duration. For instance, Amazon’s monthly subscription fee is more expensive than its annual fees i.e $119 per year and $12.99 per month.