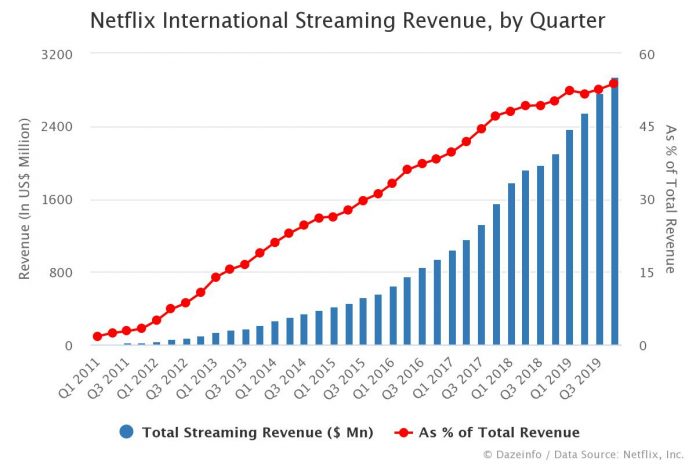 The above graph represents the Netflix International streaming revenue by quarter, starting from Q1 2011 to Q4 2019. Interestingly, more than half (53.8%) of the company’s total revenue during December quarter came from outside the United States. Netflix international streaming revenue in Q4 2019 reached an all-time high of $2,941.32 million ($2.9 billion), with a strong 39.69% year-over-year increase.

Netflix’s International streaming segment derives the revenues from monthly membership fees for services related to streaming content to members outside of the United States.

In Q4 2018, Netflix’s international region generated a splendid $2,105.59 million ($2 billion) streaming revenue, thus commanding a dominant 50.29% of the company’s total revenue for the quarter. It is important to note that Q4 2018 was also the first time when Netflix’s International revenue surpassed its domestic revenue.