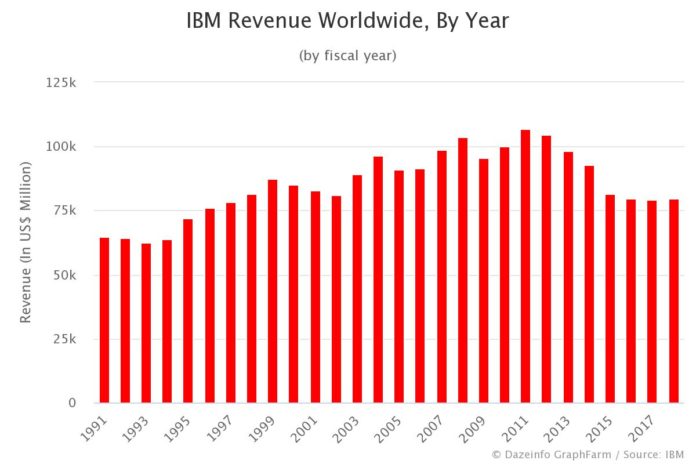 It was 2008 when IBM’s revenue clocked over $100 billion for the first time in its history, clocking $103.6 billion, globally. After 3 years, in 2011, IBM recorded its all-time high revenue of $106.9 billion, worldwide, with a significant 7.1% YoY growth. Since then it has been either declining or stagnating.

In 1911, IBM was founded by Thomas J. Watson at Endicott, New York, as the Computing-Tabulating-Recording Company (CTR). Later in 1924, the company was renamed “International Business Machines” (IBM). As a globally integrated enterprise, the company currently operates in more than 175 countries. As of 2018, the number of employees in IBM/wholly owned subsidiaries crossed 350,000.