The above graph represents the annual distribution of Twitter revenue starting from the fiscal year 2011. The fiscal year 2018 remained the most fruitful year for Twitter in terms of annual revenue. The company posted a healthy $3,042.35 million in revenue in 2018. The revenue posted by Twitter in the year 2018 increased by $599.05 million, resulting in 24.51% YoY growth, from the previous year. 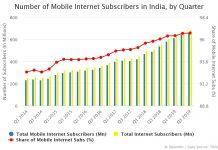 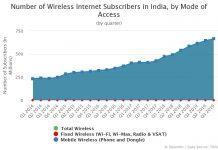 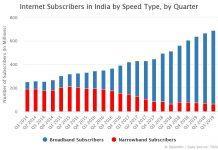 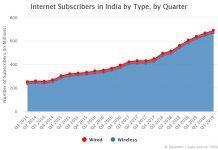 Number of Internet Subscribers in India by Type, by Quarter