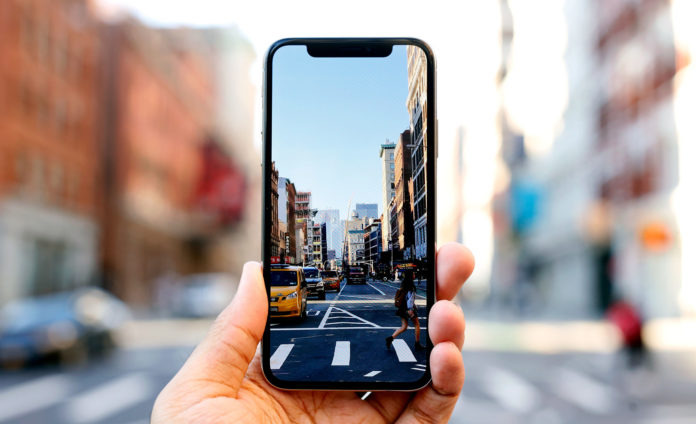 Apple Inc. (NASDAQ:AAPL) has been going through a lot of ups and mostly downs in recent times. Flatlining iPhone sales has is the most highlighted one among all the problems at its disposal. The dismal performance in its fiscal Q1 2019, ended on December 31, also indicate the gloomy year as compared to the previous years.

But things can get a lot worse, especially under an administration like that of Trump. The POTUS (President Of The United States) had previously warned the company for manufacturing all the iPhone outside the US. And it is not like the Cupertino giant did not try doing so either. However, there were a lot of problems along the way, explaining as to why is Apple quite heavily dependent on China for its products manufacturing.

This seems like a small word, a small necessity. But it was, in fact, this very basic component which caused the iPhone maker a lot of problems when it was trying to make ‘Assembled in USA’ a reality.

In 2012, CEO Tim Cook announced that his company was going to make a Mac computer in the USA. This was going to be the first Apple product to be manufactured on their home soil for a long time. On top of that, the top of the line Mac Pro would be coming with the All American inscription “Assembled in the USA“.

As rosy as it all sounds, it was thorny, to say the least. Apple originally attempted at making its computer in Austin, Texas. The Mac Pro was priced at around $3000 back then. However, the production was pushed back in time due to a lack of screws there. The store that Apple was indeed relying on made only 1000 screws per day. This was not even close enough to fuel Apple’s supply expectations.

Back in China, Apple was used to the production of a huge amount of custom made screws on short notice. Hence, Apple chose the easy way out. By the time Macs were ready for mass-production, Apple had already ordered screws from China itself. However, this was only one of many problems to have plagued the manufacturing. The assembly of Macintosh in the US led to a huge increase in cost and subsequently, a huge increase in prices as well.

The product was a slow seller. The factory in Austin still continues to manufacture its Mac Pros. But because of a lack of sales, it hasn’t had itself updated since 2013.

Outsourcing and its origin in Apple’s history

Apple has been relying on outsourced manufacturing for years now. However, that wasn’t always the case. The company was initially inclined to produce components of its products in the US. It did, however, rely on China for its product assembly. Steve Jobs had originally tried really hard to replicate Henry Ford’s assembly line for its products in the US. He first made a state-of-the-art plant for the manufacturing of its Macintosh near Apple’s headquarters in 1983. However, the factory was shut down soon after the supply numbers did not meet the expectations.

Unfazed, he gave it a second try. This time, he made a $10 million one to manufacture the personal workstations of his company, Next. However, it faced the same problem and was shut down soon after. It was then that Jobs seemed to have learnt his lesson.

Soon after taking the reins back at Apple in late 1997, Steve convinced Tim Cook to join Apple as Senior Vice President, and oversee its worldwide operations. It was then Tim Cook who lead Apple into the new age of foreign manufacturing.

The importance of China to Apple

China represents a very important component of Apple’s success. If it wasn’t for China, Apple wouldn’t be the global behemoth that it is right now. And Apple relies on it for a lot of perks.

China is one of the largest hubs of in the world when it comes to cheap labour in quantity. Besides, the country is unparalleled in the four requirements of manufacturing – Scale, Skills, infrastructure and Cost.

In addition to this, China accounts for a lion’s share of worldwide sales of iPhone. This was very aptly depicted only recently when Tim Cook attributed one of the reasons behind the failure to meet revenue expectations being lack of iPhone sales in China.