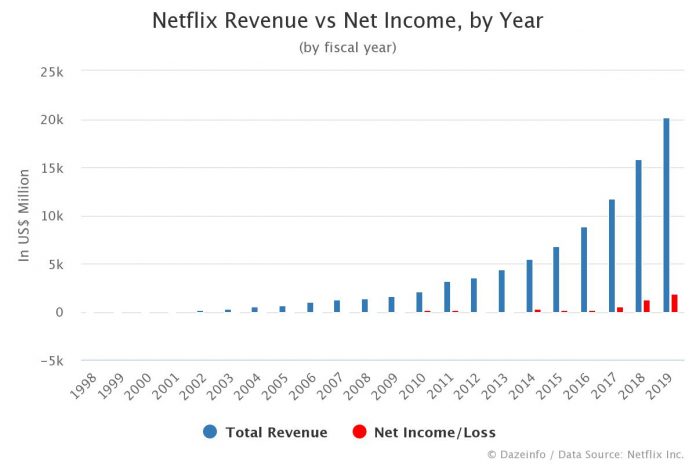 The growth in Netflix revenue in 2019 was primarily driven by the strong sequential quarterly performance. Netflix reported its highest-ever fourth quarter revenue of $5,467.4 million in Q4 2019, with 30.6% growth when compared the year-ago period.

In 2000, Netflix posted its first double-digit revenue of $35.89 million, while the total net loss increased to a whopping $58.27 million – highest-ever since its inception.

It is important to note that Netflix achieved its first $100 million revenue milestone in fiscal 2002, however, with a net loss of $20.95 million. Interestingly, in just five years, Netflix annual revenue crossed $1 billion for the first time in history. The company generated about $1,205.34 million ($1.2 billion) in revenue in 2007, with a net profit of $66.61 million.