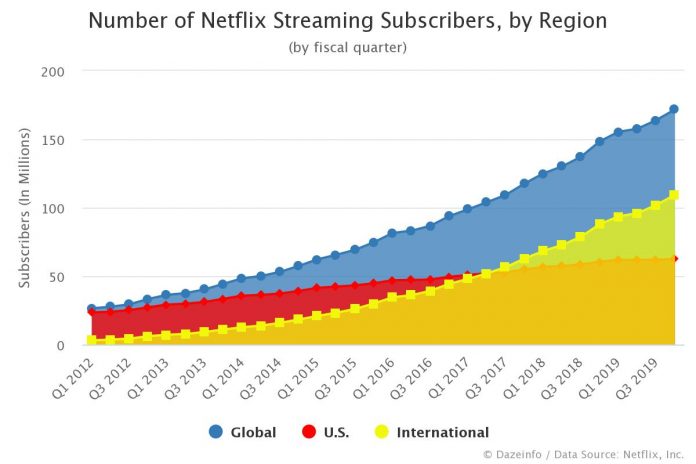 The above graph represents the number of Netflix streaming subscribers by region – United States and International. By the end of December 2019, Netflix global streaming subscribers reached to 171.77 million. Interestingly, the home market alone accounts for nearly 36.4% of them as the total number of Netflix streaming users in the US has reached 62.45 million in Q4 2019. While over 63.6% or 109.32 million are Netflix International subscribers.

In the wake of the flourishing number of Netflix’s streaming service, its DVD segment decline. As of Q4 2019, there are only 2.17 million members to Netflix’s DVD-by-rental service in the United States, a decline from 2.73 million in Q4 2018.

Since the development and expansion of its streaming service, Netflix has accumulated tens of millions of streaming subscribers worldwide.