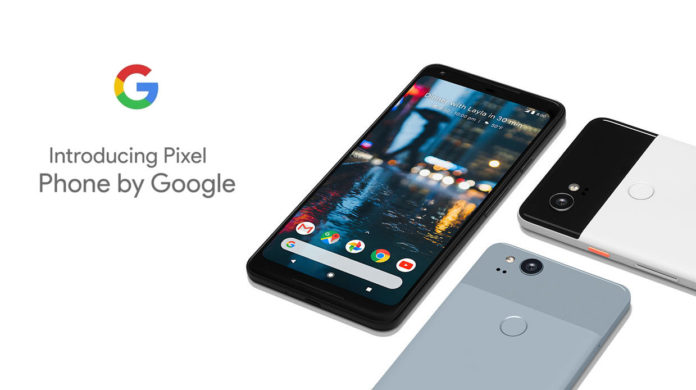 It’s that time of the year again when we find ourselves inundated with high profile smartphone launches by some of the biggest tech companies in the world. After the recent launch of the slick new iPhone XS and iPhone XS Max by Apple Inc.(NASDAQ:AAPL), the entire industry is now waiting with bated breath for the upcoming launch of the Google Pixel 3 and Pixel 3 XL. However, this gives us a good opportunity to have a look at the short, but the influential timeline of the Google Pixel smartphones, as well as Google’s ambitions for their flagship devices.

The original Google Pixel smartphone launched in late 2016 amidst significant fanfare and was touted to as Android’s answer to Apple’s iPhone. Up to that point in time Google had largely avoided getting deeply involved with the smartphone hardware business and instead chose to focus on software instead.

The results of Google’s software first smartphone strategy are obvious for all to see. Android is by far and away most popular smartphone OS in the world with over 88% of the global market share as of Q2 2018. Despite this, Google has always displayed a modicum of interest in getting involved in smartphone hardware as well, and this manifested in the form of the Nexus line of smartphones. However, it was with the original Google Pixel that Google truly got into the hardware game.

The first Google Pixel smartphone received plenty of critical acclaims, especially for its class-leading camera and stock Android experience. It was a good start for Google, despite being significantly outsold by the competing iPhone 7 and Samsung Galaxy S7.

However, the successor to the Pixel, the Pixel 2 and Pixel 2 XL fell short of expectations. The Pixel 2 was plagued by a myriad of issues during launch, including the infamous OLED burn-in and blue shift in the Pixel 2 XL. The devices were also bogged down by an outdated design language and chunky bezels. Therefore, it came as no surprise to anyone that the Pixel 2 failed to become a commercial success.

According to IDC research director Francisco Jeronimo, Google only shipped about 3.9 million units of the Pixel and Pixel 2 devices in 2017. Despite this being higher than the previous year, these numbers pale in comparison to Apple, who shipped over 77 million iPhones in Q4 of 2017 alone! This means that Google’s market share is negligible compared to smartphone hardware giants like Apple, Samsung, Huawei, etc.

Now, Google is surely looking to fix their mistakes with the upcoming Pixel 3/Pixel 3 XL. The rumours so far are promising, with murmurings of a fantastic camera with new AI-based features, spec bump, the introduction of the infamous ‘notch’, all new display, and the best stock Android experience on the market. However, nothing so far really stands out and the Pixel will likely again be overshadowed by the iPhone XS/XS Max and the upcoming Samsung Galaxy S10 in terms of sales volume.

So does this mean that the Pixel smartphones are doomed to be a complete failure for Google? Not quite.

While sales have not been quite up to mark, they were never Google’s primary focus anyway. The main purpose of the Pixel phones falls more in line with Google’s traditional business focus – software.

Due to the open source and fragmented nature of Android, a consistently high-quality user experience is hard to achieve. This is something that Apple has mastered and leverage heavily to drive sales. The Pixel allows Google to create and deliver a no compromise, high-end Android-powered experience with timely updates and cutting-edge features to rival the iPhone.

The focus is on expanding the Google software and cloud ecosystem while simultaneously shaping the smartphone industry by incorporating new technologies like Artificial Intelligence. On that front, the Pixel 3 could yet be a resounding success.