Home Brief Is Dell In Trouble: The Acquisition of EMC Has Become More of... 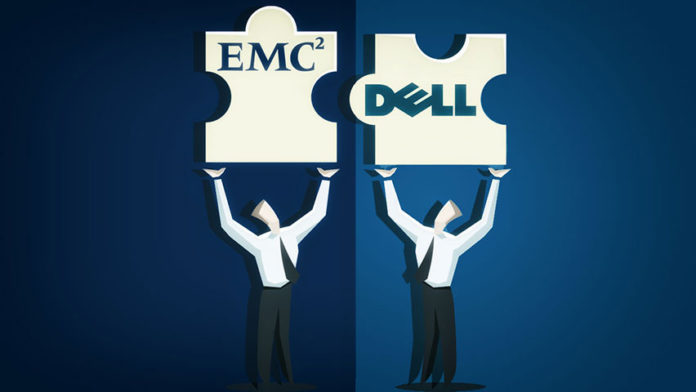 There is an old saying – Don’t bite off more than you can chew!

In the last quarter of 2015 when Dell Corporation decided to acquire EMC – now Dell EMC – all eyeballs were set on the world’s largest tech deal till then. Interestingly, it was the first time when a comparatively smaller company was acquiring far bigger one. We did a teardown analysis of the Dell-EMC deal to understand what’s Micheal Dell was up to and highlighted the economic challenges that deal may have to go through.

We did raise several questions then, asking about the financial feasibility of the deal. We doubted that Dell is apparently trying to hold too much on his plate.

The recent rumours prove how correct our analysts were in raising concerns. According to sources, the Dell board is quite concerned about the mounting debt due to EMC acquisition. The sources of Bloomberg have confirmed that Dell board would be meeting later this month to figure out how to reorganize itself to deal with the situation.

In 2013, Micheal Dell decided to make Dell Corporation public. The decision, however, made the Dell Corporation reel with the debt of $12 billion. Soon, after 2 years, Dell acquired EMC Corporation for $67 billion and the company went under huge debt.

The acquisition of EMC is yet to bear fruits for Dell as the company reportedly has $46 billion in debts to deal with. But that’s not the only concern for the board of Dell Corporation; The debt of $46 billion is accumulating $2 billion in interest as well.

Nearly four years after Michel Dell decided to make Dell Corporation a private entity, the board is considering to make the company public again. This will not only help to raise cash but also reduce the debt substantially. At this time it’s difficult to say how much Dell corporation would be valued for in public market, but considering the overheated stock market situation, it’s the best time for Dell to go public.

In fact, this could be a clever move as well. Some of the industry experts believe that it is the best time for Dell to go public now. In the future, the stock market may not be as lucrative as it is now. And, sensing the scenario Dell may be just trying to make the most of it.

The Dell IPO: Other Options on The Table

IPO is not the only option on the table for the board. In the last year and a half, the share value of VMWare surged to the record high, $149.87. Dell which owns the 80% stake in VMWare may sell off part of those holdings, and maintain little over 50% of the stock.

If we believe in few other rumours, the board of Dell is also brainstorming on the option of reverse merging – selling off itself to VMWare. In a quite usual move, the deal will help Dell to trade publicly without going through all the listing formalities. But the side effects of such move has started appearing almost immediately; Amid to the rumours the shares of VMWare were down 9%

Dell is also considering to sell off Pivotal Software Inc. that it got hold off as a part of Dell EMC deal in 2015. Advisors to Dell believe that sale of Pivotal could fetch anything between $5 billion and $7 billion. The Pivotal deal, however, may not take place until the Dell board figures out a way to clear off the remaining part of the debt.

If Dell Corporation decides to go public once again, 2018 would be an action-packed year for the tech industry. Many other tech giants, including Dropbox and Spotify, are also gearing up to launch their IPO in 2018. It would be interesting to see how much money, in total, would be raised by tech firms filing for an IPO this year. And, I won’t be surprised if the public investors welcome all of them with open arms.