Virtual Reality: Is It The Future, Or Just Another Passing Fad?

1.5 Million Engineers Pass Out In India Every Year, Fewer Getting Hired [Trends]

Engineering colleges have been springing up like wild mushrooms in India in the last few years. Their number has...
Read more

World’s Most Popular Ad Slogans: A Brief List To Inspire With !

Advertisement plays an important role for companies as well as consumers world wide. It gives a seller an opportunity...
Read more

For a long time, the concept of Virtual Reality has been a pipe dream for tech enthusiasts and the industry alike. It was something only found in sci-fi movies and TV. However, with the tremendous advances in hardware technology, VR has gone mainstream in the past year. Both the industry and user-base heralded VR as the next big revolution in media consumption, but so far it has been a bumpy ride.

Let us have a look at the current state and the future of Virtual Reality (VR) in 2017.

The Start Of The VR Revolution

A large portion of users got their first taste of VR with the launch of the Google Cardboard in 2014. The Cardboard was a cheap but rudimentary “proof of concept” device that utilised the user’s smartphone and put the idea of VR in the public conscious. Media content for the Cardboard was limited, and its functionality even more so. However, it succeeded in its mission of igniting people’s interest and imagination.

The first popular high-quality VR headset on the market was released by Samsung in 2015. Dubbed as the “Gear VR”, it was a high-quality mobile VR experience that showed off what VR technology was capable of. The Gear VR was a success, selling more than 5 million units of headsets by the end of 2016. Samsung also revealed that the most popular use case of the Gear VR was video playback, with a total of 10 million hours of video played so far.

The seminal moment, however, in the VR revolution was the launch of the Desktop VR headset Oculus Rift in 2016. This was swiftly followed by the launch of the first room-scale VR headset, the HTC Vive and Sony announcing their own plans for a VR gaming headset. Many believed that 2016 was going to be the “year of VR”, but the public response to VR has not been quite as enthusiastic as many had hoped.

A report by SuperData reveals that Oculus shipped a mere 250,000 units of the Rift headsets in 2016. HTC shipped 420,000 units of Vives and Sony shipped 750,000 units of the PlayStation VR headsets. These numbers fall significantly short of the forecasts predicted previously by Statista. The predicted sales were 3.6 million units for the Oculus Rift, 2.1 million for the HTC Vive and 1.4 million for the PlayStation VR. In fact, the only headset to meet its forecast was the Samsung Gear VR with 5 million units sold.

So why has the consumer response to VR been so lacklustre? Let’s explore that in the section below.

Despite the multitude of problems plaguing it, the consensus is that VR is here to stay. The industry continues to invest heavily in VR, with more than $2 billion invested in 2016. A report by Flurry also predicts steady growth in VR headsets sales from 14.9 million in 2016 to 38.8 million in 2018. 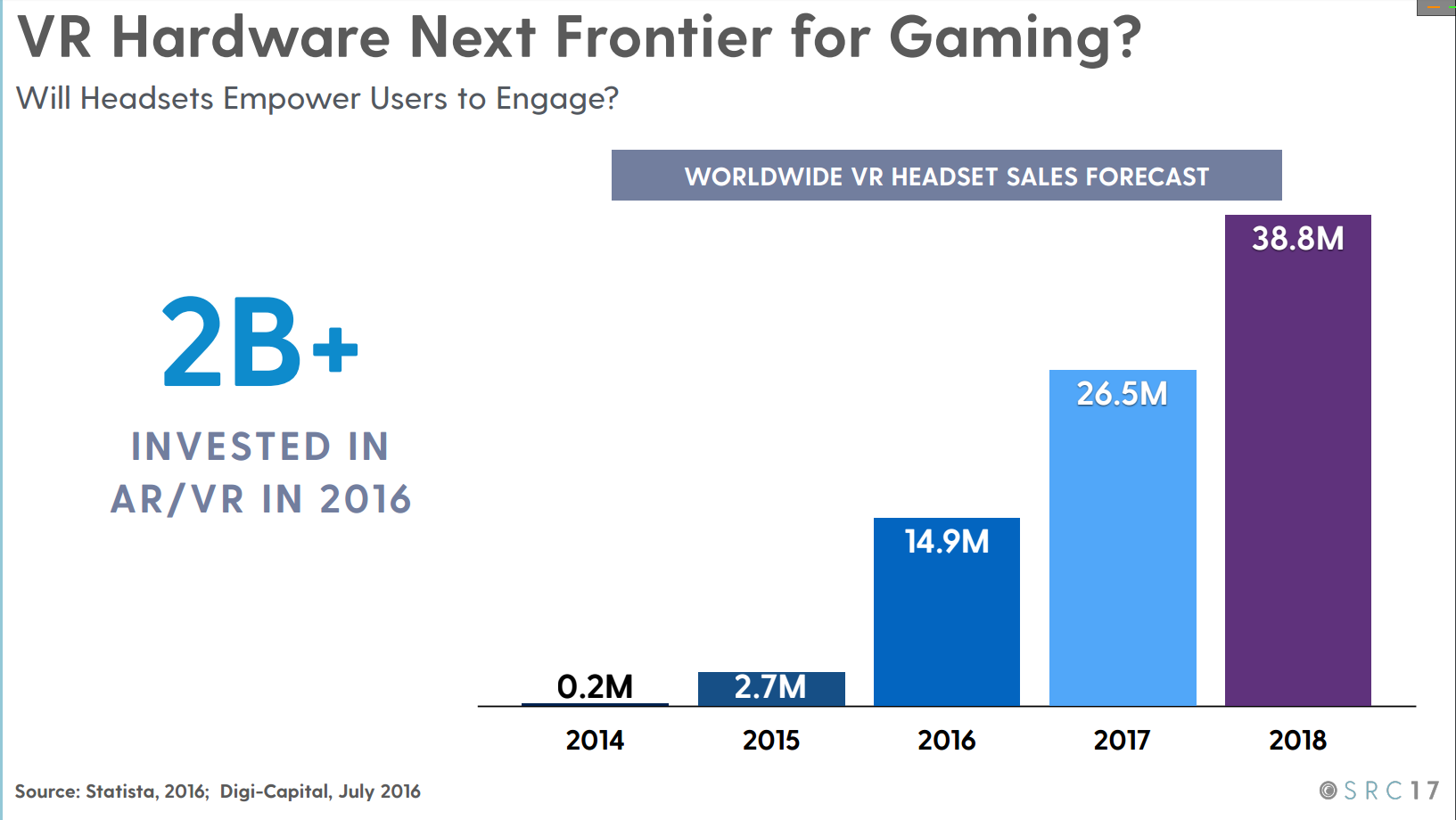 VR provides an immersive experience like no other. It can have tremendous value to many industries. It is touted by many to be the future of digital entertainment, with VR games and videos/movies expected to be stable in the future. VR also has many uses outside of the entertainment industry. The education industry can benefit hugely from VR technology, and it can be extremely helpful for professional training and home automation purposes.

With Google also having entered the VR arena with their Daydream headset, it appears that the VR industry will achieve critical mass in the near future. If this happens, we are about to enter the golden age of VR.

Share
Facebook
Twitter
Pinterest
VK
WhatsApp
Previous articleTizen Overtakes Android Wear: How Samsung Beat Google In The Smartwatch Wars
Next articleeTailling India Is Coming to Bangalore to Debate And Discuss The Future of eCommerce In India

2019 saw an increasing awareness about internet shutdowns in the Indian population due to unprecedented first-hand experience...
Read more
Brief

The ongoing tug of war between Offline and Online retailers in India seems to be far from over. On Monday, the Competition...
Read more
Brief

In the wake of the highly controversial and prejudiced Citizenship Amendment Act and other related legal developments such as the NRC, IT...
Read more
Brief

Technology is the current drive for everything. It has influenced all aspects of life, including cultures. It affects the way we live,...
Read more
Brief

Facebook finds it itself in the middle of its first scam of the new decade and the catalyst seems to be its...
Read more

2019 saw an increasing awareness about internet shutdowns in the Indian population due to unprecedented first-hand experience with the phenomenon, especially in...
Read more

The ongoing tug of war between Offline and Online retailers in India seems to be far from over. On Monday, the Competition...
Read more

In the wake of the highly controversial and prejudiced Citizenship Amendment Act and other related legal developments such as the NRC, IT...
Read more

Technology is the current drive for everything. It has influenced all aspects of life, including cultures. It affects the way we live,...
Read more

Facebook finds it itself in the middle of its first scam of the new decade and the catalyst seems to be its...
Read more