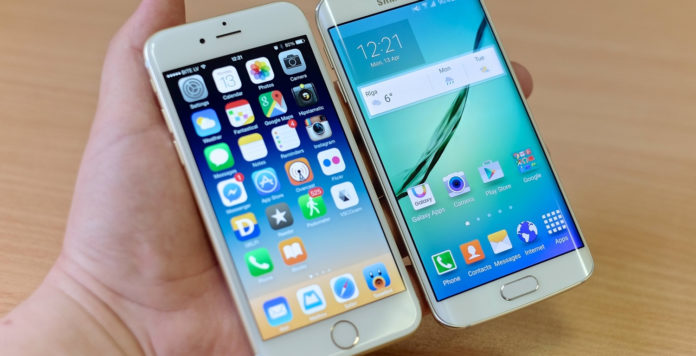 After the disappointing Q1 2016, smartphone Industry witnessed a sparse growth in Q2 2016. The worldwide smartphones shipments reached over 330 million units, a 2.8% QoQ growth. The first quarter recorded the drop in global smartphone shipments. Thus Q2 2016 proved to be a respite for global smartphone manufacturers.

Samsung has dominated the majority of the worldwide smartphone shipments in Q2 2016. The Korean giant shipped a whopping 80 million units of smartphones in the quarter. The credit to the success of the company goes to the overwhelming sales of its flagship device Samsung Galaxy S7 and Galaxy S7 Edge, launched in March.

The South Korean giant played a masterstroke by giving away free Oculus VR headsets along with the Galaxy S7 smartphone. Samsung paid less heed to its budget smartphone offerings in the quarter thus the Average Selling Price of smartphone witnessed a rise in Q2 2016, according to Canalys.

Apple’s tantrums didn’t materialise, and the company managed to sell just 40.3 million iPhones in the quarter. According to Canalys analyst Rushabh Doshi, the Silicon Valley giant’s latest iPhone SE failed once again to create much hype in the target markets like China and India. Majorly because of its high price in these regions, the device failed to attract the masses. On the contrary, Apple in its latest earnings report claimed that the iPhone SE was a hit in the market. With the latest smartphone offering, Galaxy S7 range that was launched in March, Samsung has eaten into Apple’s potential smartphone market especially in the US and India.

Early this year, Canalys estimated that over 1.5 billion smartphones would be shipped worldwide in 2016, a 10% surge from the previous year. BRIC countries are slated to be the prime drivers for smartphone shipment growth. Potential markets including India and China would also witness a substantial growth in coming years.

In 1H of 2016, total 651 million units of smartphones were shipped, falling short of nearly 850 million units from the Canalys’s estimated shipments figure. Despite the fact that the second half of every year consists of festival and holiday quarter when the sales of devices skyrocket, the possibility of the industry recording 20% – 30% growth in the next two quarters to meet the estimated shipments figure looks quite dim.

The Smartphone shipments have shown the sign of revival in Q2 2016. It’s two companies, Apple and Samsung, that have been playing a vital role in overall industry growth. By factoring the rumours and news that are creating buzz online for the last few months, Apple has, apparently, taken a backseat for the rest of the year.

The recent leak reveals that Apple upcoming iPhone may miss the WOW factor. Apart from that, Apple itself doesn’t seem to be excited about its upcoming quarters. Probably, the company is preparing itself for a grand 10th anniversary of iPhone next year. Apple has lost grounds in its key markets, China and the US in its fiscal Q3 2016. The company recorded a substantial revenue decline in these countries.

On the other hand, Samsung has managed to capture new potential markets including the US by riding on the back of its flagship Galaxy S7 and Galaxy S7 Edge smartphones. Therefore, it’s safe to assume the ever-innovative company would eventually drive the growth of worldwide smartphone shipments in the future. However, can the Korean electronics giant boost its sales to a level where required two digits quarter growth is met? It would be interesting to watch out in the second half of 2016!